Jesus Piece pairs Game up with 2 Chainz and Rick Ross with our protagonist, tempering bullet-ridden tales and redemptive prayers, Game unleashes his best work to date and a landmark for hip hop. There’s some vicious rhyming, illuminating how tight of an MC he truly is, Ominous production shimmers at the beginning of “Scared Now” as the album’s suicide doors open. Game fiercely fires off the verses as the hook “Who the fuck’s scared now?” Game is seriously on top of his game here. 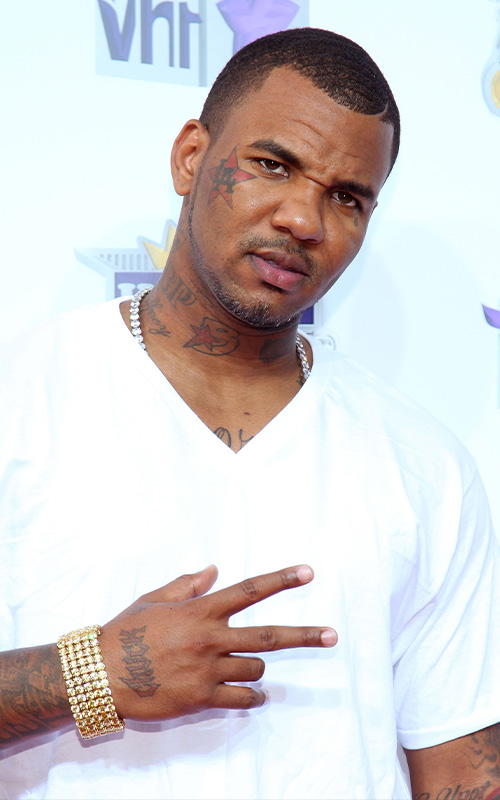 Wiz Khalifa’s new album O.N.I.F.C. (abbreviated from One Night in First Class, or if you’re feeling slightly more edgy, One Nigga in First Class) is out in the US with many expecting the rapper to do well in the charts this coming weekend. However, one major criticism is that it doesn’t seem to have escaped Wizzy that a lot of his lyrical content focuses on narcotic intake: and it’s something he resents. 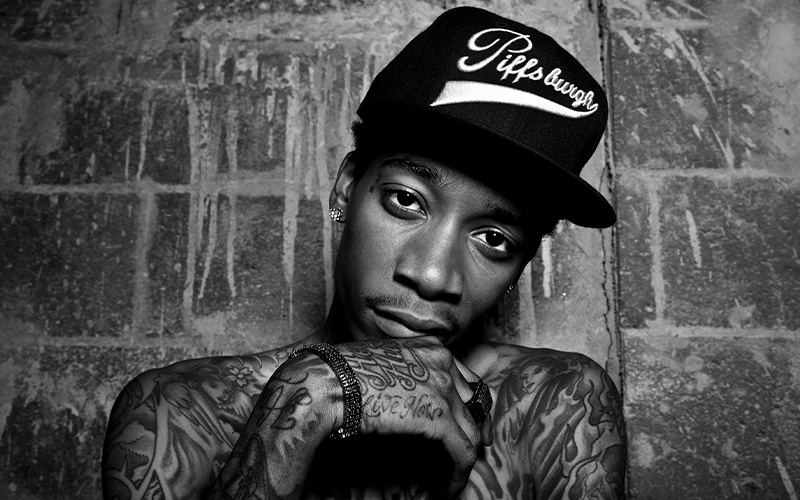 Legendary hip hop crooner, who passed after complications following a stroke, will release the album, It’s a Wonderful Life. The album will include unreleased music from Nate Dogg as well as features from artists like Dr. Dre, Snoop Dogg, Eminem, Mary J. Blige and Jay-Z.

The album release is through a new partnership between Seven Arts Music and United Media and Music Group. His last album was a self-titled effort released under Elektra Records.

DJ Muggs
Bass For Your Face.

Legendary Cypress Hill hip hop DJ and producer, DJ Muggs, takes us on a journey into the future sounds of dubstep, glitch and grimy electronic music on his debut for Ultra Music with Bass For Your Face. This album features Public Enemy’s Chuck D, Dizzee Rascal, Freddie Gibbs, Danny Brown, Belle Humble, Roc Marci and Killa P.With the new project, he hopes he can connect old school beat fanatics with the raw fundamentals of drum sounds and electronic basslines. 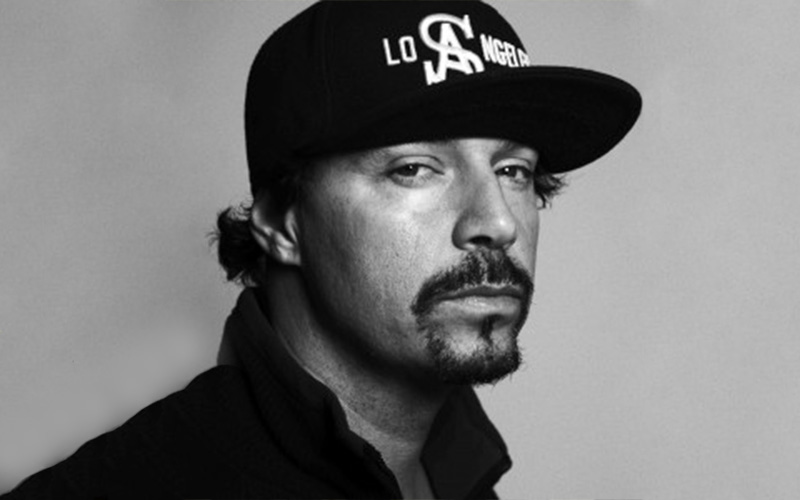 A reunion of giants, Ghost’s new album will be released on RZA’s brand new Soul Temple imprint, and will be the executive producer as well. I know we probably had most of you at ‘new Ghostface LP’ but wait, there’s more! Arguably the best bit of news about this whole thing is that the album will in fact be collaboration with Black Dynamite composer, Venice Dawn, creator and occasional OKP contributor Adrian Younge. And knowing the depth of that man’s record collection there are twelve reasons to die but six million ways to flip a string section. 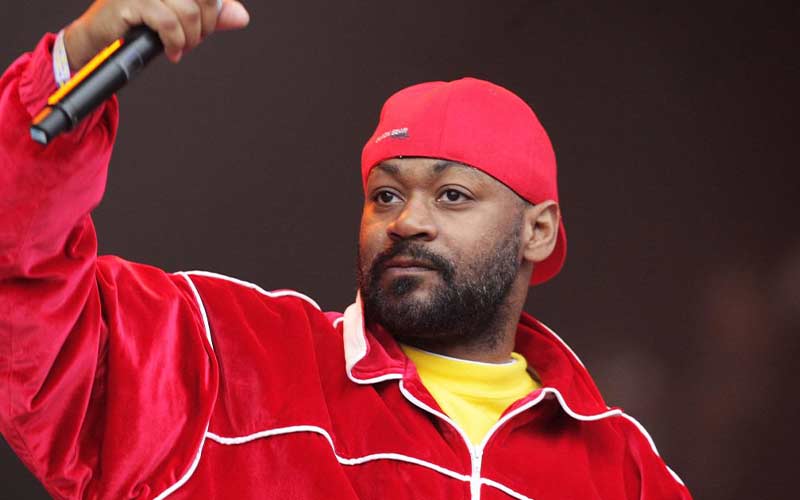 With appearances by Rick Ross, Tank and Joe Budden, Omarion utilizes his imagination to serve up sexy scenarios where heserenades your mind. “Private Dancer” discusses how the club should be his crib and the pole should be his bed. Oooo Omarion, you nasty! Omarion picks up the tempo a little bit with “Trouble” which features Joe Budden. The mixtape ends with “Ode to Tae”. All in all, the EP is sure to be on repeat: for a while. 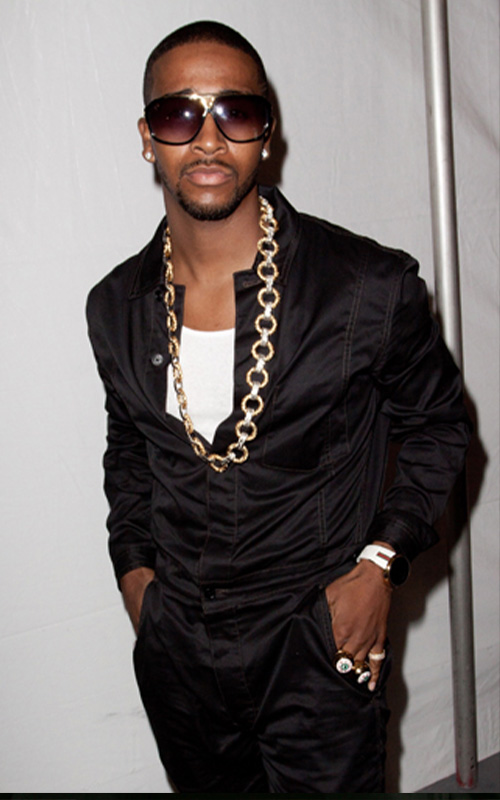 Retrospective of the Man Named Bilal is full of slow jams good for dancing with the one you love or listening to on a rainy day while reading the paper. Throughout this collection Bilal sings about seeing his future wife to be in the woman that he’s with and how she is all he needs. Other topics on the tape include the lifestyle that comes along with living in Hollywood. Jay-Z is featured on the track “Fallin” where the two sing and rap about always striving for more and still being afraid of losing everything they’ve worked for. Bilal should be commended for the variety of instruments he uses and the way he uses them on this EP. Piano, saxophone, guitar: you name it and we’re sure that if you listen hard enough you’ll be able to hear it. He successfully managed to do little things that made each song its own. 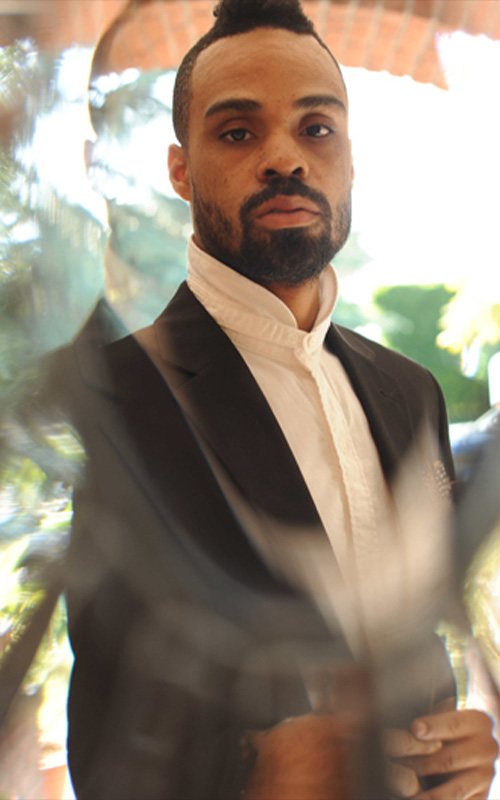 Ciarais gearing up for a big comeback with her new album One Woman Army, kicking off with the soulful ballad “Sorry”. And she is not stopping there, hitting us with an additional single that’s an uptempo club banger titled “Got Me Good”. Ciara would like to ensure her listeners that although the title is an aggressive one, the album in not angry. She says it’s more about getting in touch with your inner grown-ness than with any real conflict. 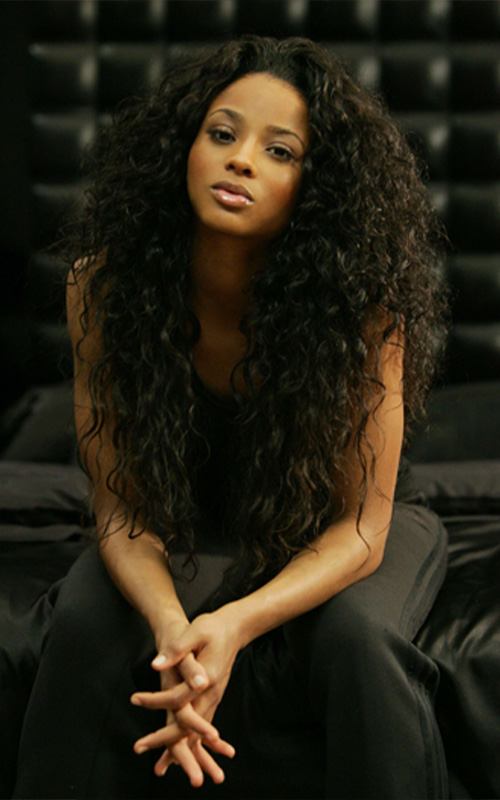 Unorthodox Jukebox is pop perfection. The ’60s-soul romance ”If I Knew” smolders like a Solomon Burke track, and he dips easily into both Police-style reggae-rock (”Locked Out of Heaven”) and dancehall with tape-echo effects and air horns in all the right places (”Show Me”). ”Treasure” even makes silk-jumpsuit disco feel contemporary. 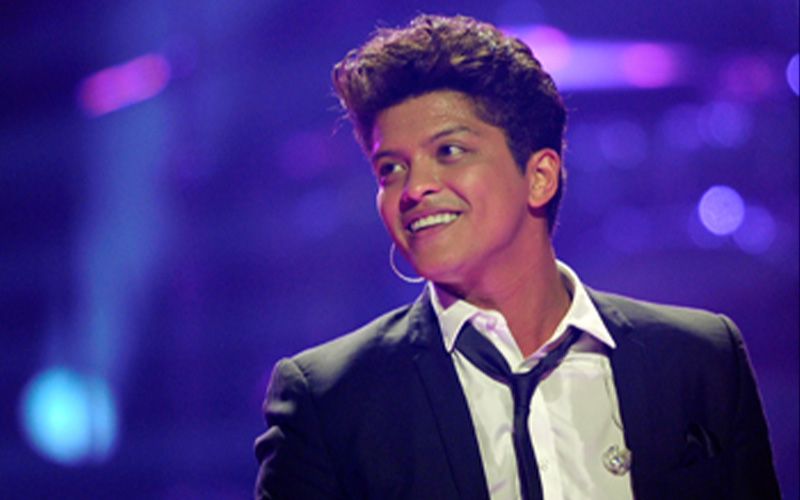 The diva of all divas has returned and we’ve all been waiting with anticipation to see what Queen Mimi would cook up with her new single “Triumphant (Get ‘Em)”. Don’t call this a comeback, because it isn’t one. The answer is, not much. “Triumphant” is a low budget slice of feature-heavy hip-hop with syrupy inspirational lyrics that sound like they were purposely penned just to get the song played in some Olympics’ commercials. The beat, courtesy of the outdated duo of Jermaine Dupri and B-Cox, wouldn’t even make it onto a Ciara album, sounding more like something you’d find on a washed-up rapper’s mixtape. The entire thing feels years out-of-date, but even back then, “Triumphant” would still have trouble making it as an album cut on Charmbracelet or The Emancipation of Mimi. Give “Triumphant” a week and it’ll be officially demoted to a buzz track, and Mariah will be in the studio with Noah “40? Shebib frantically trying to cook up a single that sounds like it was recorded in 2012. 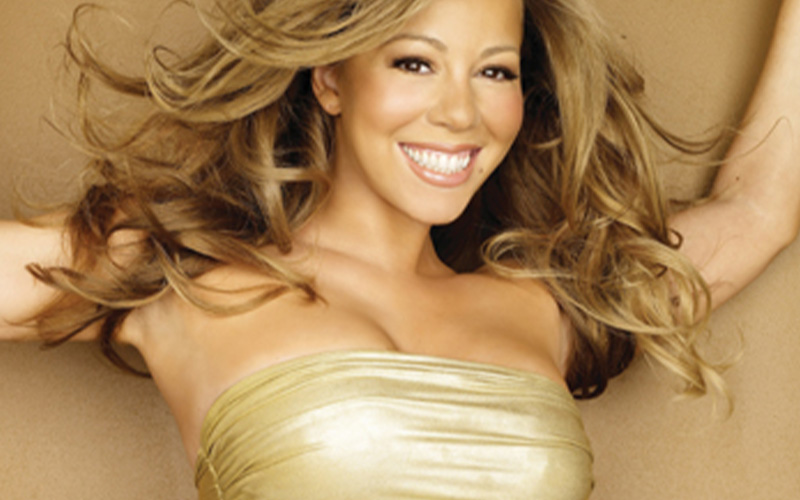 Renowned chart-topping contemporary jazz artist and producer Jackiem Joyner taps into his long-held belief that his music has always been inspired by God. Joyner brings together his beloved jazz and his foundational gospel music. Church Boy offers covers of familiar contemporary gospel hits as well as songs penned, produced and arranged by Joyner. The fusion of the two distinct genres of jazz and gospel flow seamlessly for the popular saxophonist. Joyner is currently on a twenty city tour with Keiko Matsui 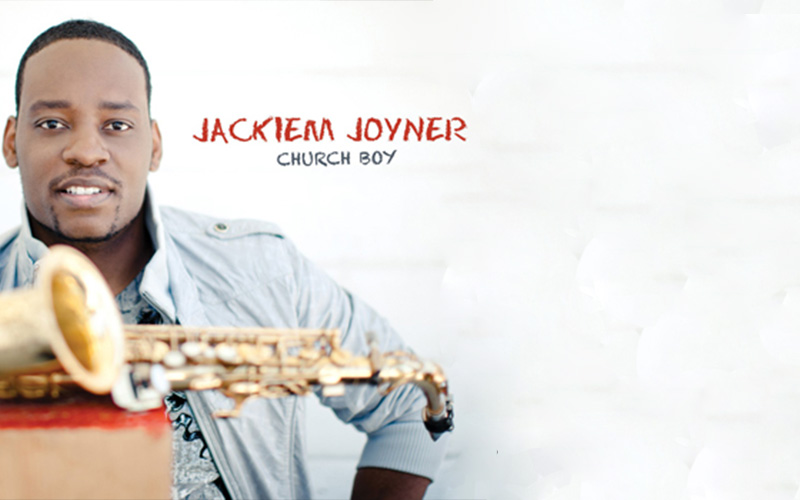 Leni Stern’s thirteenth independent release, was primarily recorded in Bamako, Mali during the military coup d’état of 2012. She continues in her exploration of African music via collaborations with Malian heavyweights Haruna Samake, Ami Sacko, and the rapper, Woroferela Moden. 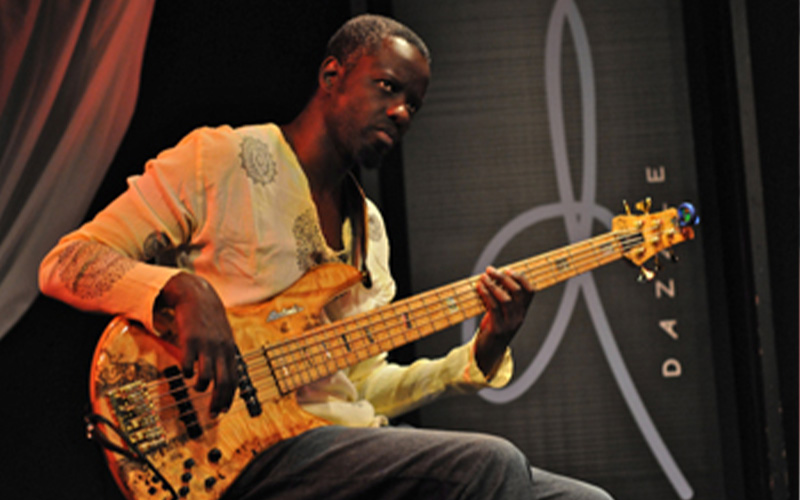 Nutty harkens back to the time when three-martini lunches were a staple and the Rat Pack held court at the Sands. This album showcases a tight, hard-swingin’ octet that takes mashups to a whole different level, artfully melding Sonny Moon’s smooth, sassy vocals with arrangements that are seamless in their execution. Classic rock meets timeless jazz. It’s like a crazy dream where some rockers named Jimi, Sting, Ray Davies, and Neil Young put their words, riffs, and melodies into music written by some jazz cats named Henry Mancini, Dizzy, Mingus, and the Duke. It’s one helluva sonic cocktail! 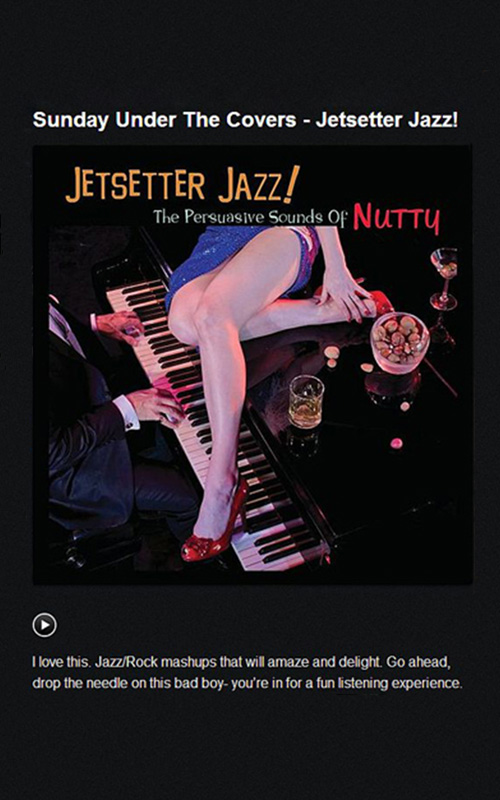 Songs on Alone Together range from fourteen seconds to a little over three minutes, and are the essence of man vs. machine. When Riggins channels Elvin Jones on the album’s climax and tribute to his longtime friend, “J Dilla the Greatest”, his tools are a Gretsch drum kit, the Fender Rhodes and an MPC3000. As versed as he is in jazz and pop, the machines will always be at the root: until the next thing. 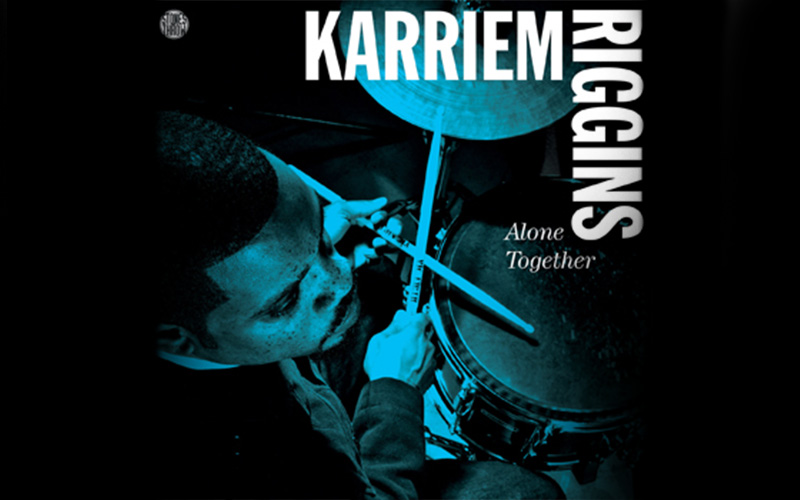 Patricia Barber has drawn extravagant accolades as she added vocals to her repertoire. the praise has poured in from national reviewers intoxicated by her recordings. and when (after years of international touring) she began to focus on her own compositions, kudos arrived from new fans, besotted by her lapidary lyrics and her often indelible imagery. 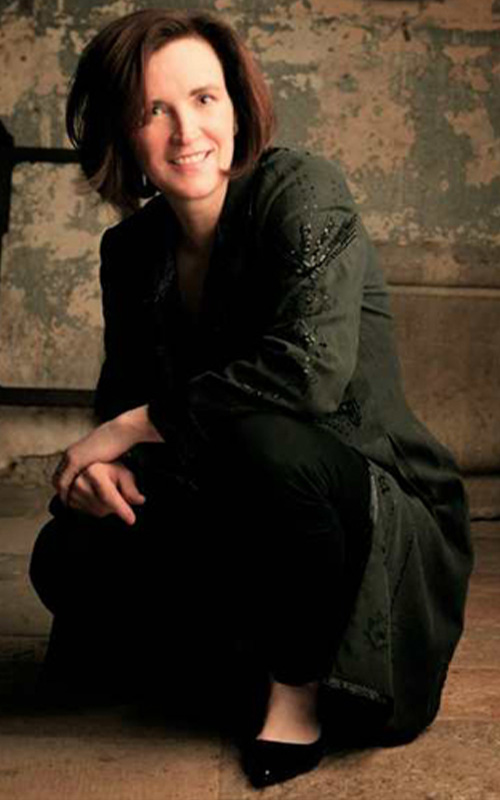 Sheri Jones-Moffett’s new single “Shine”, is an energetic release from the vocalist who brought you high octane vocal power on Donald Lawrence’s “Encourage Yourself” and as one half of the dynamic gospel duo Ted & Sheri. The new single “Shine” appears on GRAMMY-nominated EMI recording artist Sheri Jones-Moffett’s forthcoming first live album recorded in Memphis, TN this past summer. The single features her return to the stage with a memorable number you’ll soon find yourself singing along to every time you press play. 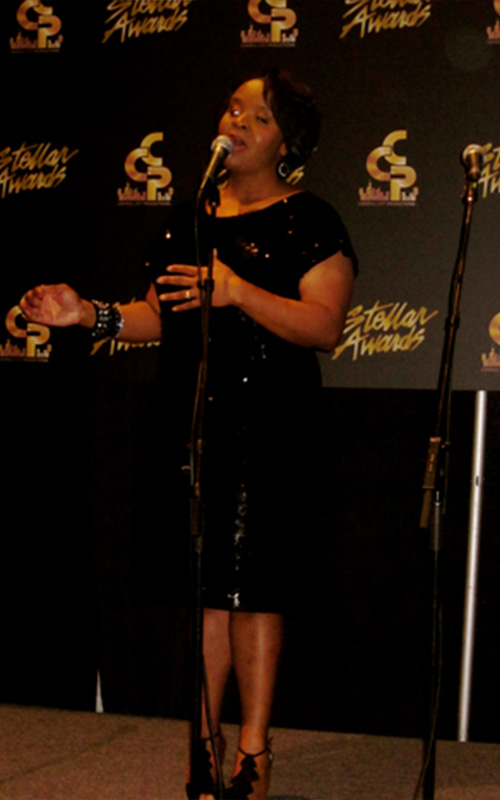 Troy Sneed
All is Well

All is Well is an album full of refreshing live instrumentation, simple melodies and relatable lyrics. Songs like “All is Well”, the R. Kelly flavored “I Know You Hear Me” and the moving single “Lay it Down”. These songs will have all who hear humming along and singing each word. A great way to spread the gospel.

David Spencer
“Use Me”

“Use Me” is the first single lifted from his project Focused. Let this new track be a blessing to you. 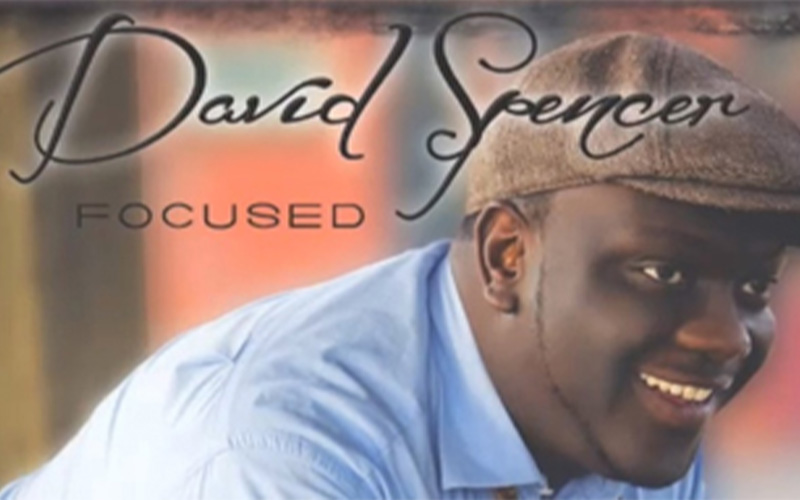 Kaize Adams (pronounced “Kazzy”) is a unique vocalist and has a broad vocal style that yields a sound all his own. Kaize’s single “Blessings” was released in 2012 as a charity single to benefit the African Caribbean Leukemia Trust Charity (ACLT) in the United Kingdom. Fifty percent of the proceeds will go to the UK charity, which promotes bone marrow, blood and organ donation within ethnic minorities. The gospel singer says, “God has given me a gift of song, and I know that it is my duty to share my gift with the world in every way possible.”

Kaize Adams first started singing in church at the age of four. Born and raised in Columbia, South Carolina, singing has been a central part of Kaize’s life. He sang in various church and community choirs. He also graduated from the famed South Carolina Governor’s School for the Arts and has obtained a Bachelor’s, Master’s, and Ph.D. in Industrial and Systems Engineering from North Carolina A&T State University in Greensboro, NC, where he currently resides. 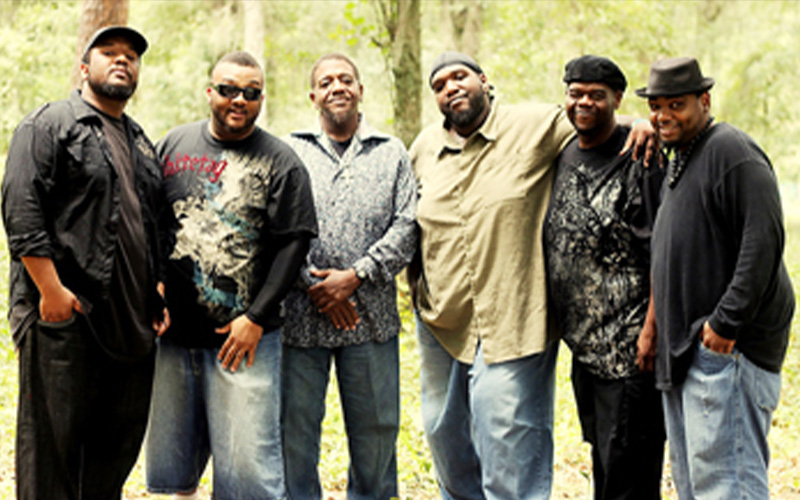