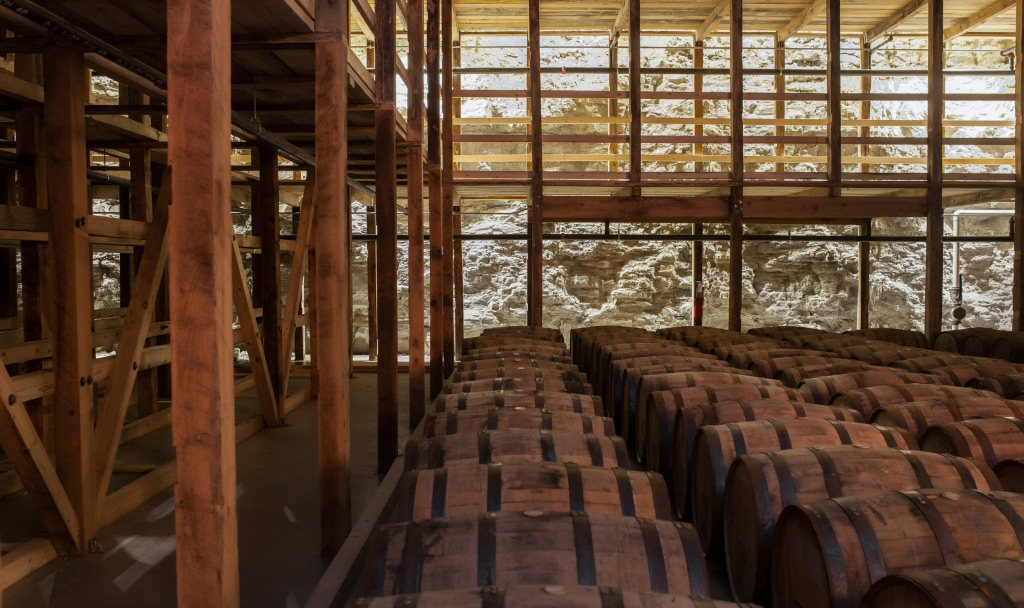 Wandering the hallowed grounds of Rémy Martin’s estate in Merpins, Cognac, one feels a sense of reverence. Steeped in centuries of family history, its cavernous cellars echo with the stories and savoir-faire passed down through generations, and its people speak proudly about the audacious men and women who came before them.

The cognac house dates back to 1724, when a young winegrower began selling cognac under his own name, Rémy Martin. Since then, the house’s DNA has been deeply rooted in the notion of terroir, that is, the synergy between soil, climate, and people. As the only major cognac house to specialize in Cognac Fine Champagne, its grapes–primarily Ugni blanc, with a touch of Colombard and Folle blanche–are harvested exclusively from the two most superior crus: Grande Champagne and Petite Champagne, which are celebrated for their soft, chalky soil. Following harvest, a double distillation process takes place, in keeping with the company’s tradition of retaining the spirit’s residual yeast–or “lees”–and using small copper stills to enhance its aromatic intensity. A crucial stage of the cognac-making process is the vigorous selection of eaux-de-vie, involving multiple tasting sessions led by Baptiste Loiseau, Rémy Martin’s revered cellar master. Tasting the eaux-de-vie, wine, and new spirits, one gets the sense that this is a man truly enamored of his job. The eaux-de-vie is stored in centuries-old Limousin oak casks for aging, a process that can last decades, as the eaux-de-vie of Grande and Petite Champagne are particularly delicate and require a longer time than average to fully express their true characteristics. There is an intrinsic appreciation within the company for the extraordinary effects of time, which translates to a hopeful anticipation of future possibilities. To truly enjoy the full experience, you need time. It is this faculty of foresight that informs Rémy Martin’s stringent environmental approach. The company is a pioneering force in developing responsible farming practices, and was among the first to obtain high environmental value (HVE) certification in 2012. This public initiative ensures the preservation of biodiversity, with the ultimate aim being a globally integrated agriculture approach designed to reduce use of synthetic products, promote alternative practices, and minimize environmental impact. A series of research and development methods– such as mechanical weeding and the planting of disease-resistant grape varieties–has been implemented to support the company’s goals. With the effects of global warming becoming increasingly noticeable, these actions seem more important than ever. The key to being prepared for climate change is to harvest much sooner, to adjust for drought and lower rain levels during summer, which are occurring much more frequently. Rémy Martin’s dedication to harmonizing the dual forces of humanity and nature is encapsulated by the emblem of the house, which adorns the label of every bottle: the centaur, half-man, half-horse. Chosen in 1870 by Paul-Emile Rémy Martin, it represents Rémy Martin’s link between its roots in the lands of Grande Champagne and Petite Champagne and its pioneering spirit. As the company prepares to enter its three hundredth year, the significance of this symbol couldn’t be more relevant. Like the centaur, Rémy Martin has its feet on the ground and its head in the sky, honoring its past while pushing for the future. It’s a theme worth toasting with a glass of the amber nectar!