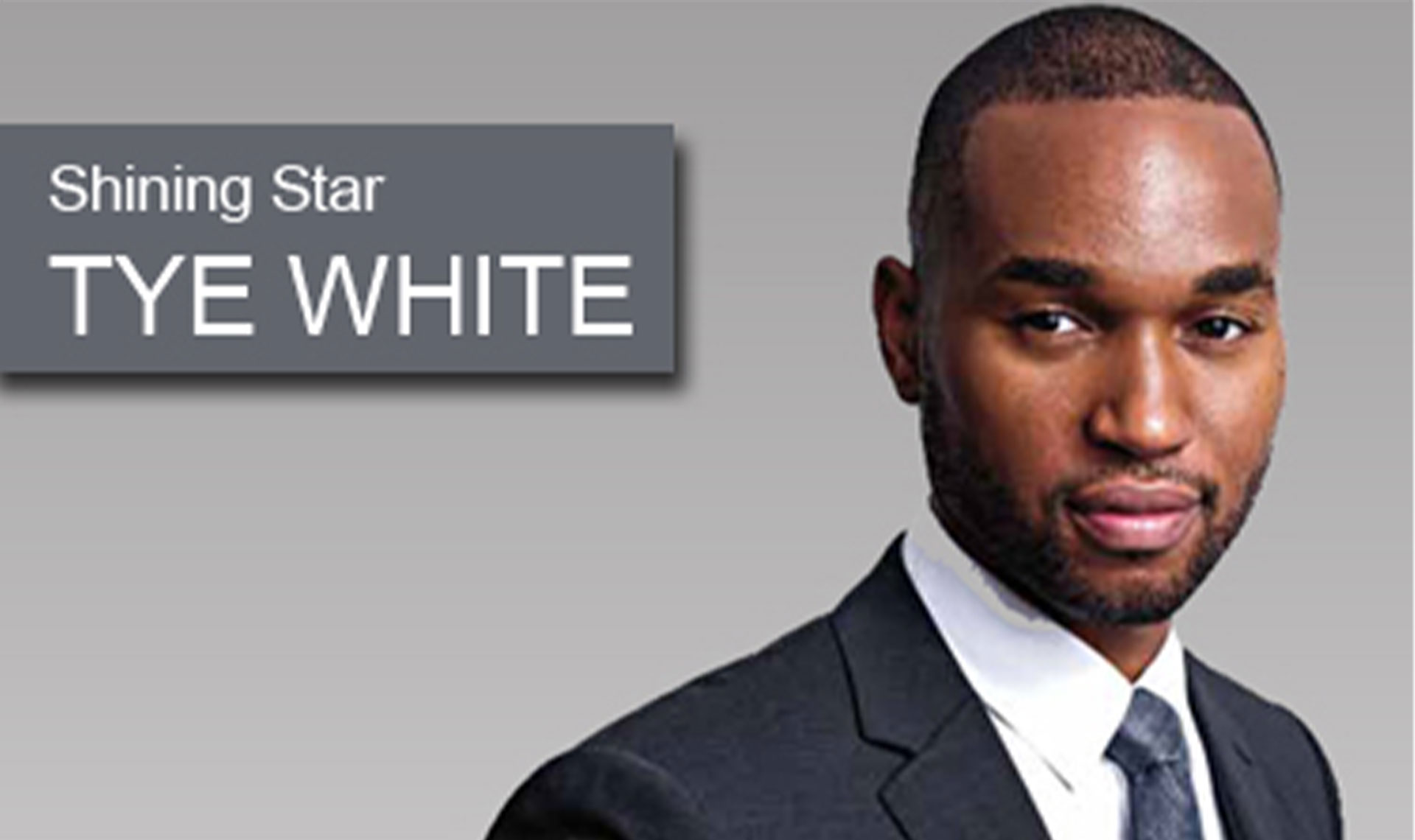 Tye White is quickly becoming one of 2016’s actors to watch. You can see him playing Jason Simpson, OJ’s son, in The People vs. OJ Simpson: American Crime Story every Tuesday night on FX opposite Cuba Gooding Jr., John Travolta and Courtney B. Vance. He is currently in Atlanta filming the new OWN drama series Greenleaf opposite Lynn Whitfield, Keith David and Oprah Winfrey which will premiere in May. He has also reprised his role as Aiden Hanna, son of Sam Hanna (played by LL Cool J) this season on CBS’ NCIS: Los Angeles.

Born in the suburbs of Detroit, Michigan, Tye recognized his passion for movies and the positive influence filmmakers have on people’s lives (including his own) at an early age. Inspired by filmmakers like Denzel Washington, Tom Hanks, Matt Damon and Spike Lee, Tye wanted to be not “just” an actor but a filmmaker who could galvanize others. Tye put this plan into motion when he worked as a banker following college and he realized he was destined to do something atypical of those born in Detroit. Hearing statements from his college friends like “40 more years till we retire…” lit a fire inside of him and with the support of his family, especially his grandmother, Tye moved to Los Angeles and quickly landed a guest starring role on the hit series Pretty Little Liars. He then went on to guest star on Mixology before landing a lead role in Drumline: A New Beat for VH1. From there he started to grab Hollywood’s attention. He guest starred on Red Band Society and NCIS: Los Angeles before landing back-to-back career-changing roles with Ryan Murphy and Oprah Winfrey respectively.

1. What got you into acting?
I think the more specific question is what kept me in acting. I didn’t move to LA and start booking right away…it took around 5 years. This is not the business where things will happen overnight. And definitely not the business where if I put “X” amount of effort I will get “Y” results. But what kept me going thru those times when it wasn’t easy were my family and friends. I never knew if I was going to be OK… they did. They pushed me to keep going either thru words of affirmation or the negative phrase “Why don’t you get a regular job?”

2. Who are your influences?
I think as actors we have to look for inspiration for our work everywhere we can. I can easily point to Denzel (as an actor), Ryan Murphy (as a producer) and Spike Lee (as a director) because they have influenced me. But a lot of my influence comes from my family, friends, and life experience. Life is the best teacher in so many regards… I also draw inspiration from reading some of my favorite authors which currently are Michael Eric Dyson and Paulo Couelo.

3. As a young actor in Hollywood, with all the comments surrounding the Oscars, how would you like to impact or create change in Hollywood?
Well, I think the Academy did a great job of immediately reacting to the problem. You can’t create change without starting from the ground up. They implemented immediate plans to increase the diversity in the voters. From there we can gain a greater appreciation for more diverse stories. Generally, in life I think people look to the arts as one of the leaders for change. So to be part of any change for the better in any capacity is dope to me.

4. The People vs. OJ Simpson is such a terrible but memorable occurrence cemented in the history of America; how does it feel to be a part of it?
Memorable to say the least; to be part of this cast is something that I will tell my kids, my kids’ kids about one day. I’m overwhelmed because it was such a rare opportunity to simply learn. I was on the set with too many greats to name but you know the cast. Directed by the best and produced by the best as well. I’m so overwhelmed sometimes I just close my eyes and take a moment to try to take it in and I just end up shaking my head. I’m just a big kid getting to live out his dreams.

5. The million dollar question; do you think he did it? (Intended as a joke not to be answered.)
Hahahaha mannnnnn I don’t know: but he got locked up for stealing his own stuff, right? If there’s such a thing as karma…That’s it.