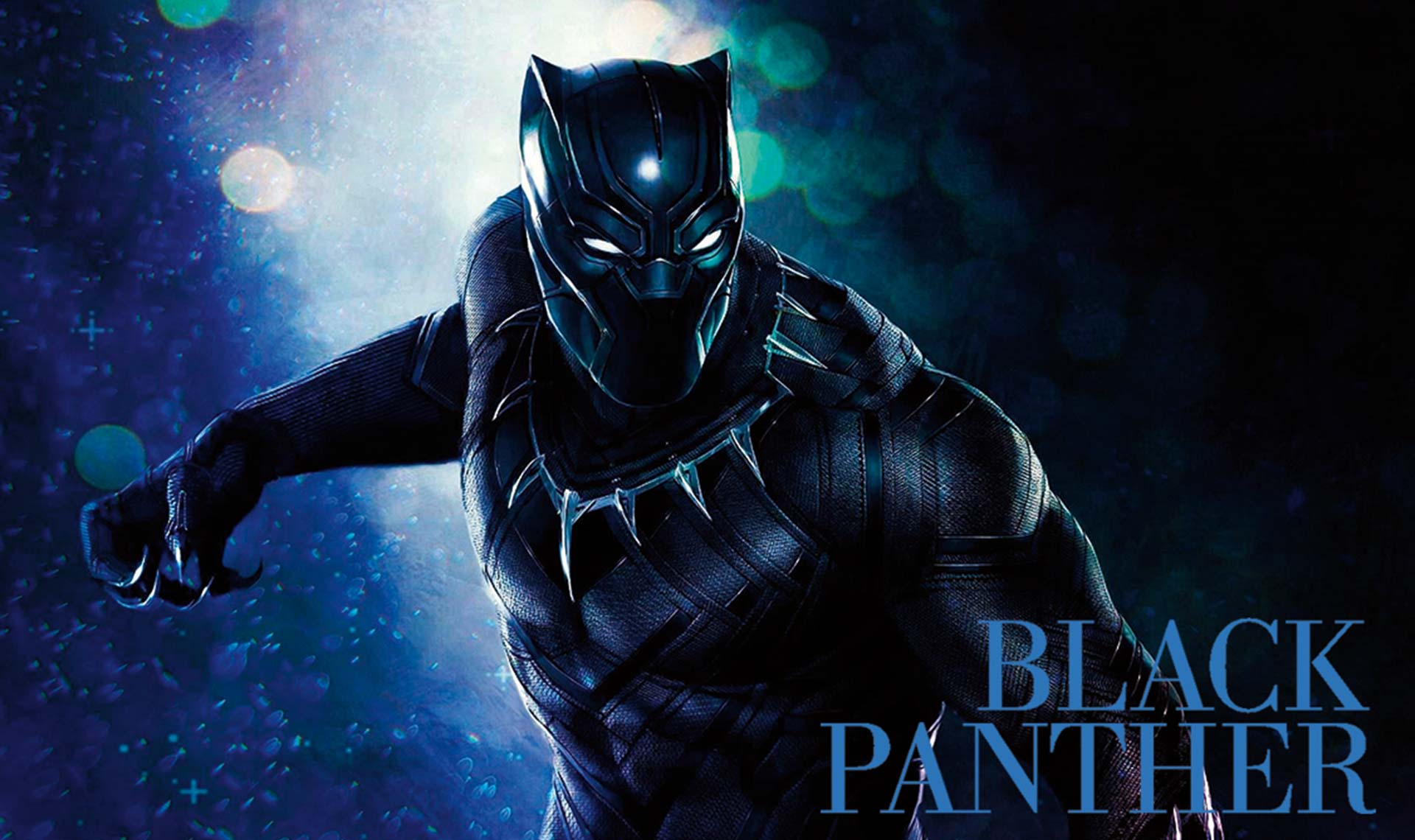 As Marvel’s Black Panther emerges unto movie screens nationwide, for the first time the world will experience a hero, and a story that is the epitome of black power. The revolution will be televised!

The introduction of the black hero did not begin with T’Challa, the Black Panther. There were black heroes before him. Back when Marvel was still Timely Comics in the ’50s, it published stories about “Waku, Prince of the Bantu” in Jungle Tales—these were the building blocks toward creating T’Challa, the Black Panther.

Jack Kirby and Stan Lee’s fictional career was created in 1966 and introduced through the epic Fantastic Four. T’Challa made his first solo appearance in 1973, when he headlined Jungle Action, another jungle-themed anthology that stretched back into Marvel’s history when it was Atlas Comics. The original design was radically different than what we see today, no mask and a much more colorful costume.

Huey Newton formed the radical nationalist political organization called the Black Panther Party later in 1966. It was known for its armed patrols to protest police brutality against African-Americans.

Lightning struck and black power had entered into the fictional world. The perfect timing was a little too perfect, leading most to believe that creators Lee and Kirby were inspired by the Black Panther Party. This caused a brief deviation from the name Black Panther to Black Leopard, it didn’t last long and shortly original Black Panther returned. T’Challa was like no other character; he was royalty! A life dominated by legacy and responsibility, the Black Panther role is a title that can only be passed down through family. Although hereditary, one has to pass a rigorous mental and physical test before being crowned the position. T’Challa earned the right to rule as well as the Black Panther persona and the powers that comes with it.

Power and ability, master tactician and expert in various martial arts forms, T’Challa is considered the eighth smartest man within the Marvel Universe. He possesses enhanced strength, endurance, and reflexes received from digesting the sacred herb that can only be digested by Wakandan royalty, and acts as a poison to those not of the royal bloodline.

Capability, intelligence, and resources like no other make T’Challa a force to be reckoned with. Taking down some of the Marvel Universe’s top-tier villains, and even facing and defeating the Ku Klux Klan, T’Challa is a symbol of power, prestige, righteousness and influence.

Highly respected within the Marvel Universe, the Black Panther is sought out when teams are in need of his special set of skills and expertise. He has joined the likes of the Ultimates, the morally gray Illuminati, and briefly lead the Fantastic Four into battle. But despite his reputation as a stalwart team member, Black Panther’s highest priority is to himself and the people of Wakanda.