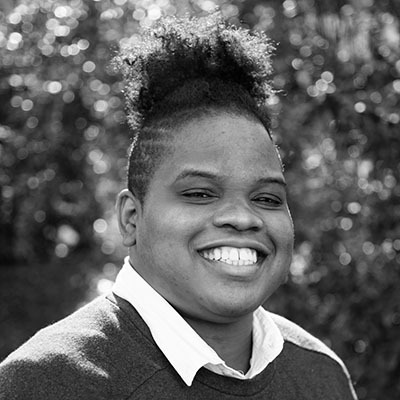 Daja Mayner, LCSW
Licensed Clinical Social Worker
Growing up, Ms. Mayner felt that her superpower was being trusted as a person’s safe space. As a licensed clinical social worker at MindPath Care Centers, she is proud to now have the knowledge and competency to empower and assist clients in discovering their own superpowers. Daja hopes to challenge patients to humanize themselves by encouraging them to extend grace, believe in their abilities, and view therapy as another tool to overcome what may be the most difficult time in their lives. She employs an ecosystemtic approach that focuses on the implications of childhood and generational trauma on emotional well-being, self-concept, and attachment patterns. She pulls heavily from systems theory and incorporates techniques from several modalities including Cognitive Behavioral Therapy (CBT), Bowen Family Systems, Emotionally Focused therapy (EFT), and Motivational Interviewing. Additionally, she is experienced in crisis intervention and in providing culturally sensitive counseling for intersectional communities. 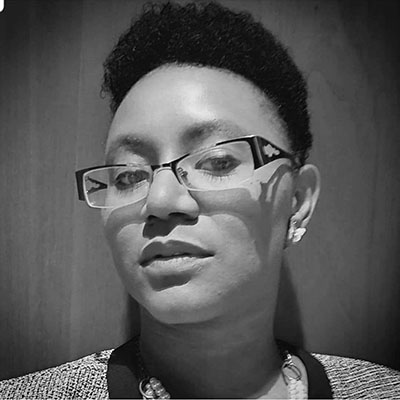 Victoria Kirby York
Advocacy & Action Deputy Department Director
Mrs. Kirby York serves as the Acting Director for the Advocacy & Action Department at the National LGBTQ Task Force where she manages the policy, organizing, and faith team to queer (do differently) advocacy around faith, equity, and democracy. She has been organizing in a variety of capacities over 20 years regarding a number of progressive issues and candidates at the federal, state, and local level. She served as the Florida Director for Organizing for Action (OFA), the non-profit formed from the President’s electoral campaigns to support President Barack Obama’s legislative agenda. She has also worked in senior level roles in gubernatorial and presidential campaigns in Florida, for US Congresswoman Kathy Castor, youth education non-profits, and in the private sector.
Mrs. Kirby York has served as a member of the Human Rights Campaign’s National Diversity & Inclusion Council, the National Black Justice Coalition’s Leadership Advisory Council and as the first openly gay member of the Howard University Board of Trustees, and a board member for the Center for Black Equity and the Next Generation Leadership Foundation. She was one of four recipients of the 2011 Metro Weekly Next Generation awards, was cited as one of Florida’s Top 30 under 30 political leaders, and was honored by NBJC as a National Top 100 Emerging LGBT leader and GO Magazine’s 100 Women We Love Class of 2020. She also served as Vice Chair for the DC Mayor’s LGBTQ Advisory Committee and currently serves as a board member for the Ballot Initiative Strategy Center Foundation, a New Leaders Council alumna, and FrontLine Leaders Academy Alumna. 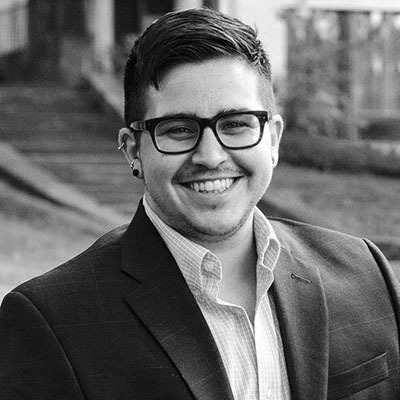 Logan Casey
Policy Researcher for LGBT Equality
Logan conducts policy research and leads MAP’s movement capacity research. Based in Minneapolis, Logan creates accessible and persuasive policy content, manages the LGBT Equality Maps tracking state and local progress, and conducts analyses of movement capacity. Prior to joining MAP, Logan was a Research Associate for the Harvard Opinion Research Program, where he was the deputy director on a polling series about discrimination in America, among other projects. He earned his Ph.D. in political science in 2016 from the University of Michigan-Ann Arbor, where his research focused on the influence of emotions in public opinion toward LGBT people and issues. 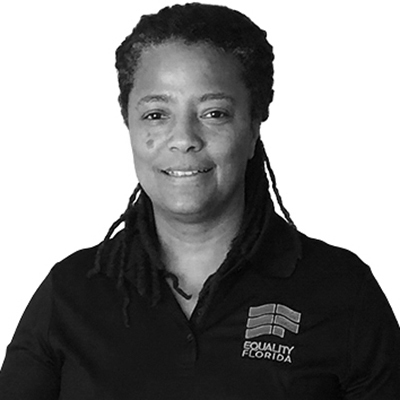 Nadine Smith
LGBTQ Advocate & Executiv Director of Equality Florida
Nadine Smith is the co-founder and CEO of Equality Florida, the state’s largest organization dedicated to ending discrimination based on sexual orientation and gender identity. A former award-winning journalist turned organizer, Nadine was one of four national co-chairs of the 1993 March on Washington. She was part of the historic oval office meeting between then – President Clinton – the first such meeting between a sitting President and gay community leaders. She served on the founding board of the International Gay and Lesbian Youth Organization, which celebrates 30 years in 2014. She is s a Florida Chamber Foundation Trustee, board member for Green Florida and served on President Obama’s National Finance Committee. In 2013, was named one of the the state’s “Most Powerful and Influential Women” by the Florida Diversity Council. She was also given the League of Women Voter’s Woman of Distinction Award earlier this year. She currently serves on the U.S. Commission on Civil Rights Florida Advisory Committee. She lives in St. Petersburg with her wife Andrea and son Logan. 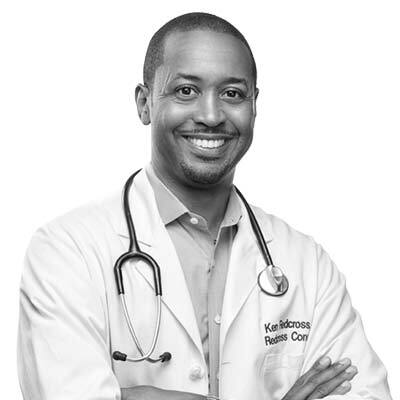 Dr. Ken Redcross, MD
Internal Medicine Physician
Ken Redcross, MD, is author of, “Bond: The 4 Cornerstones of a Lasting and Caring Relationship with Your Doctor,” (2018) and founder of Redcross Concierge, a personalized medical practice designed to enhance the patient-doctor relationship while providing convenient access to a full spectrum of healthcare services and holistic and wellness counseling. As one of the first full-service concierge, personalized medical practices in the United States, Redcross’ patient portfolio includes C-level business executives, athletes and professionals in the entertainment industry, as well as individuals from all walks and stages of life including college students, young professionals, busy parents and retirees. His focus on developing the patient-doctor bond is a unique characteristic of his concierge services that allows for a more strategic and customized approach to each patient’s healthcare plan.
With extensive on-camera experience with major national television shows including “The Doctors,” “The Insider” and E! Entertainment Television, Redcross frequently shares his expertise in managing everyday health challenges to a broad audience. He has also authored numerous consumer-focused health articles for MSN Latino and Everyday Health. 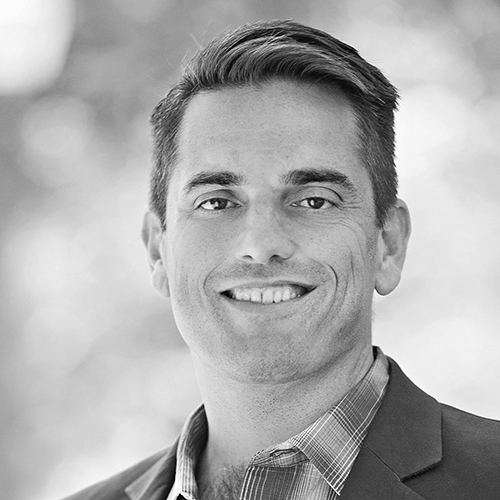 Brad Sears
Scholar of LAW & Policy at Williams Institute
Brad Sears, J.D., is Interim Executive Director and David Sanders Distinguished Scholar of Law & Policy at the Williams Institute. In addition, he is the Associate Dean of Public Interest Law at UCLA Law. He was the founding Executive Director of the Williams Institute, which he led from 2001 to 2017. Sears has published a number of research studies, primarily on discrimination against LGBT people and people living with HIV. He has taught courses on LGBT and disability law at UCLA, Harvard, and Whittier law schools. He has testified before Congress and state legislatures, authored amicus briefs in key court cases, helped to draft state and federal legislation, and been cited frequently by national media. A graduate of Yale College and Harvard Law School, he has received several awards, including the Co-Presidents Award from the LGBT Bar LA (2019) and the Earl Warren Outstanding Public Service Award from the American Society of Public Administration (2018) 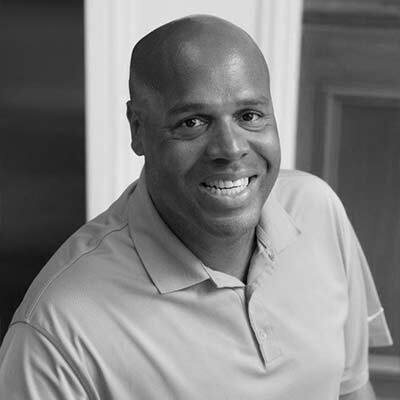 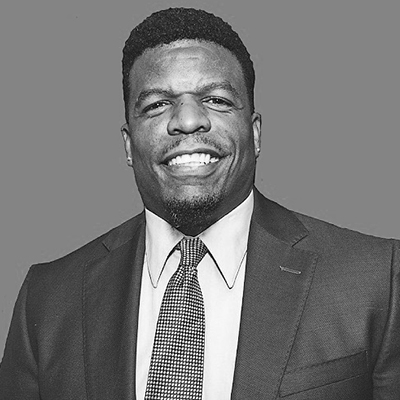 Timm West
Pioneering Author
Timm West is a pioneering author, poet, educator, and Hip Hop artist who can be best described as a Renaissance man, leveraging a broad and diverse set of skills and interests to advocate for marginalized communities. Since 2014, he has served as Senior Managing Director for Teach For America's LGBTQ+ Community Initiative, which advances safer and more supportive classrooms for students and their educators. Since returning to his hometown of Cincinnati in 2017, Tim'm has served his community as a CPS Strategic Planning and Engagement Committee member, a Wordplay Board member, and member of the Chase Elementary LSDMC, among other points of engagement. Tim’m taught at both secondary and post-secondary institutions, including Oakland School for the Arts, Cesar Chavez in Washington, DC, Humboldt State University, and Houston Community College. Prior to TFA Tim’m served as Director of Youth Services at Center on Halsted, Chicago’s LGBTQ center and the largest in the Midwest. A graduate of Duke, The New School, and Stanford universities, Tim'm released his definitive music anthology, Prodigal Son, which captures 20 years of Hip Hop soul music across 6 solo projects. 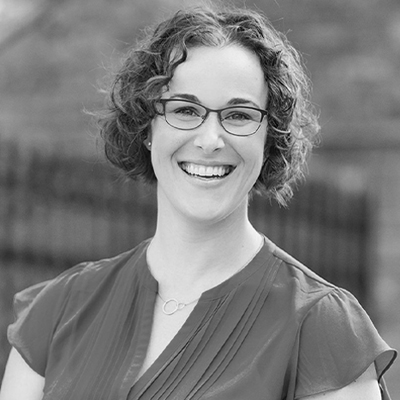 Naomi Goldberg
Directs MAP’s policy
Naomi directs MAP’s policy work and movement capacity research. Based in Ann Arbor, Naomi’s work at MAP has focused on the challenges facing LGBT families and workers; issues of economic security for LGBT people; and most recently on LGBT people’s interactions with the criminal justice system. In all these efforts, Naomi has co-authored a series of reports and partnered with leading progressive organizations to increase the visibility of LGBT people and issues within progressive movements and to highlight the need for progressive policy change to advance LGBT equality. Prior to joining MAP, Naomi completed a public policy fellowship at the Williams Institute at UCLA School of Law. She received her master of public policy from the University of Michigan’s Ford School of Public Policy and graduated from Mount Holyoke College. 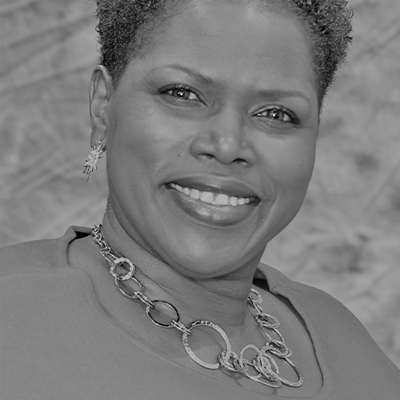 Chevelle Moss-Savage is a Licensed Psychotherapist and the founder of “Helping Everyone Accept and Adapt to Life”, (H.E.A.L-LLC). She has more than twenty years of experience working in mental health as a therapist, group facilitator, trainer/instructor, and case manager. She holds a master’s degree in Human Services Clinical Counseling from Lincoln University; is a Certified Grief Counseling Specialist, Human Services-Board Certified Practitioner and Certified Clinical Trauma Professional. Chevelle is an international thought leader, who has been recognized for her amazing work to further social justice and equity for LGBTQIA+ folx.

Chevelle’s plethora of experience has been acquired both in higher education and in the private sector. Although she is a licensed clinician, she is also versed in promoting diversity and multicultural awareness through intersectionality training with hopes of eradicating stigmas related to mental health, ability status, faith traditions, or LGBTQ+ identities. Chevelle lives in Old Saybrook, CT with her spouse and (pre-COVID-19) they enjoyed traveling, hosting theme parties and spending time with friends and family. 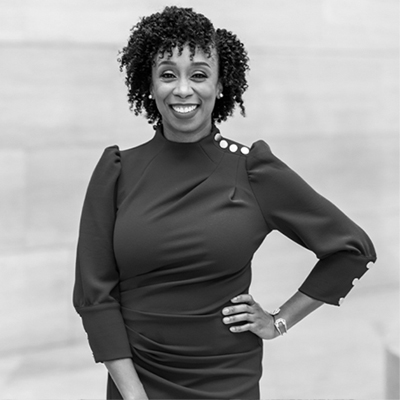 Dr. Nicole L. Cammack is a licensed clinical psychologist in the State of Maryland. She received her B.S. from Howard University, and her master’s and Ph.D. in Clinical Psychology from The George Washington University. Additionally, she completed a specialized postdoctoral fellowship with the National Center for School Mental Health at the University of Maryland School of Medicine.

Dr. Cammack is passionate about mental health awareness, treatment, and reducing the mental health stigma, particularly as it relates to Black communities. This passion is what led to the development of Black Mental Wellness, Corp. of which she is a Co-Founder, President, and CEO. Black Mental Wellness has a mission to provide access to evidenced-based information and resources about mental health and behavioral health topics from a Black perspective, to highlight and increase the diversity of mental health professionals, and to decrease the mental health stigma in the Black community. In addition, we lead trainings and workshops for corporations and community agencies, develop culturally informed curriculum, provide consultation services, and we are available for a range of speaking engagements.

Lastly, Dr. Cammack serves as the Program Director of a Primary Care-Mental Health Integration clinic, where she provides mental health services to veterans in a primary care setting. Clinical services that she provide include brief individual therapy, couples therapy, and culturally responsive therapeutic groups that focus on race-based trauma, military sexual trauma, and resilience. Lastly, she leads the Diversity Training Subcommittee and promotes efforts to increase diversity and cultural competency among psychology graduate trainees, and she is an active participant on several leadership councils through the VA Medical Center. 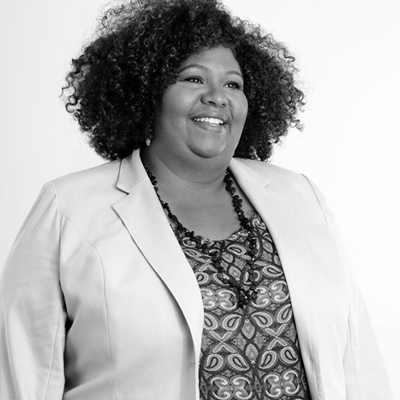 Her research focuses primarily on system-involved LGBTQ youth, LGBT poverty, and sexual health among queer women. In addition to multiple peer-reviewed and institution-published reports, she co-edited a special issue of the Journal of Lesbian Studies that featured a multidisciplinary collection of work on health and other topics from the perspectives of Black Lesbians in the U.S., Caribbean, and South Africa. She earned a doctorate in Psychology from the Community and Prevention Research program at the University of Illinois at Chicago (UIC) with a minor in Statistics, Methods, and Measurement, and received postdoctoral training at the UCSF Institute for Health Policy Studies and the UCSF Lesbian Health and Research Center through an Agency for Health Research and Quality (AHRQ) postdoctoral fellowship.