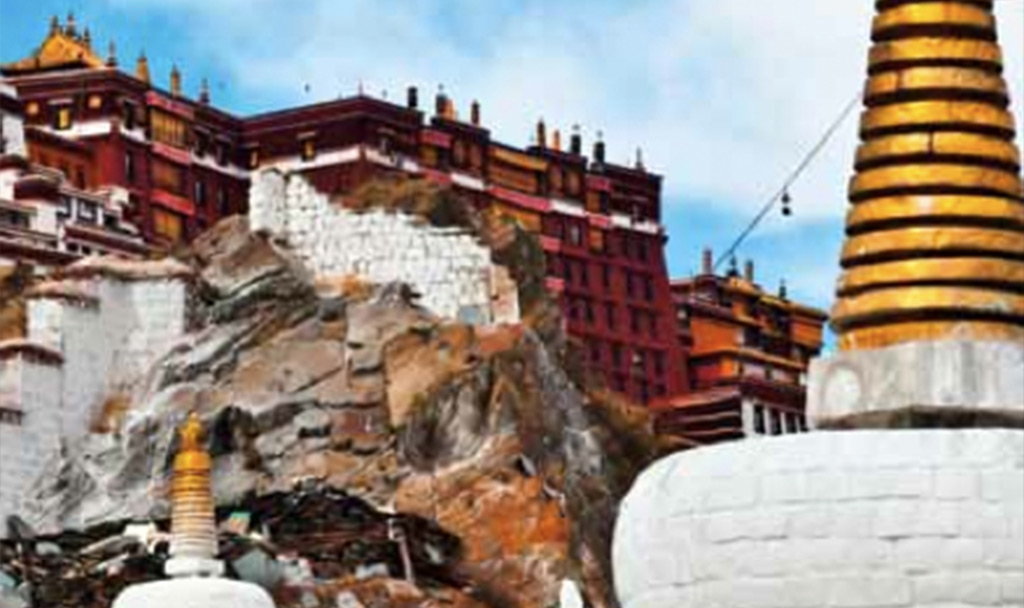 China features a vivid kaleidoscope of abundant natural sceneries, magnificent historical sites and royal cities, all- embracing cultures, as well as over a 5,000 year history and fifty-six colorful ethnic groups. For a country of its massive size and varied geography, however, it’s surprising how relatively few people outside China appreciate the extent of the country’s other attractions, many of them natural wonders to rival any in the world. LHASA TIBET
Tibet is a place lonely from the rest of the world with the winding hills of the high plateau and amazing Himalayas. Today in the age of information, people can easily get to the mysterious place with jet aircraft, highways, now even trains! Lhasa is the political and cultural capital of Tibet. Lhasa means in Tibetan “The land of gods”. There are numerous scenic spots and historical sites in Lhasa Tibet.

Top Attractions in Tibet:
Potala Palace, Nobulingka, Drepung Monastery, Sera Monastery, Ganden Monastery and Jokhang Temple being the most worth visiting. Shigatse is the second biggest city in Tibet. Shigatse means in Tibetan “The estate that materializes one’s dream”. Tashilhunpo Monastery is its main historic attraction. Mt. Kailash, in western Tibet is holy to both Hinduism and Buddhism.

LIJIANG YUNMAN
Lijiang is situated in Yunnan Province of South China. It is on UNESCO’s World Cultural Heritage list. It has history of over 1,300 years. Lijiang is inhabited by the Naxi people. It is under the administration of the Naxi Autonomous County. It stands on a plateau at 2,600 m above sea level. It is well known for its natural scenery and green vegetation. It has the Jade Dragon Mountain as its backdrop. The old town blends naturally with the natural scenery. The local Naxi people have developed a culture called “Dong Ba Culture”. Classical Naxi music is considered as the “living musical fossil” due to its long history. YANGTZE RIVER
Yangtze River cruising should be on the list for those who seek a romantic escape and travel with their family or friends. Yangtze River winds through the mountains and the cities from the west to the east entering the East China Sea near Shanghai with a total length of over 6,300 km, ranking the third in the world, only shorter than the Nile and Amazon.

GUILIN
Located by the banks of the Li River, Guilin has gained fame both at home and abroad for its featuring scenery: verdant mountains, unique rockeries, crystal water, various caves and stones of numerous shapes. The many ethnic minorities live here that include the Zhuang, Yao, Hui, Miao, Mulao, Maonan and Dong. They add the much color to the cultural life of the city. SILK ROAD IN CHINA
The Silk Road has a history of more than 2,000 years. It actually started from Chang’an (the present Xian, Shaanxi Province) in the east and stretched to Rome, Italy in the west. The ancient Silk Road went through Shaanxi, Gansu, Qinghai provinces, Ningxia Hui and Xinjiang Uygur autonomous regions and then extended over the Pamirs, further extending to Central and West Asia. And finally the Silk Road met the east bank of the Mediterranean Sea and Eastern Europe. The Silk Road has the total length of over 2,485 miles, over half of which is within China.