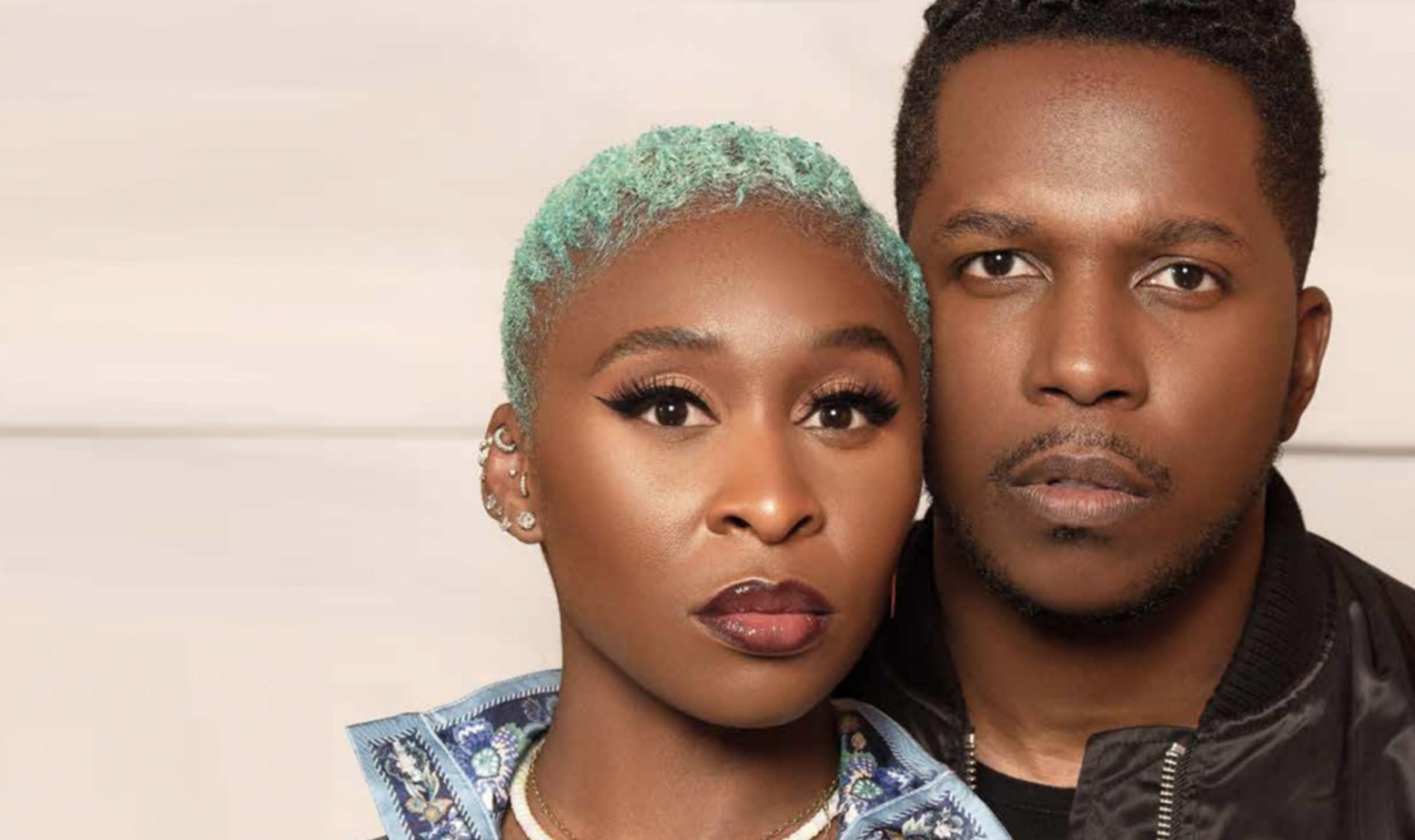 Freedom Is Not Free!
It requires sacrifice, fortitude, courage, and love

Monarch had the pleasure of sitting down with two of the stars of upcoming film HARRIET Cynthia Erivo & Leslie Odom Jr., to discuss the responsibility and care that went into portraying the iconic figure, as well as their thoughts on the real-life HARRIET TUBMAN’s fight for freedom and justice!

MONARCH: How did you get involved with the film HARRIET?

CYNTHIA ERIVO: Debra Martin Chase and Daniela Taplin Lundberg came to see me in The Color Purple on Broadway (I didn’t know they were in the audience). I met with Debra the following day. She told me about the script and asked if I would consider doing the role. LESLIE ODOM Jr: My friend Cynthia Erivo asked me to read the script. A short time later I sat down with Debra Martin-Chase. She also mentioned there was interest in me for the role of William. I’m so glad it was me that they chose.

MONARCH: These are major historic portrayals. Were you intimidated by the prospect of playing these characters?

CYNTHIA ERIVO: No. I was excited and honored and felt a responsibility to tell the story the best way possible.

LESLIE ODOM Jr: Of course. But the task before me obviously pales in comparison to the obstacles our real-life superheroes faced. All I had to do was be “brave” enough to open and my mouth and extol the hard-won victories of Ms. Tubman and Mr. Still.

MONARCH: How did the two of you prepare for your roles?

LESLIE ODOM Jr: I read everything I could get my hands on before I was called to set. I continued to read even after we wrapped. William was prolific in his writing.

I was excited and honored and felt a responsibility to tell the story the best way possible. MONARCH: How much did you know about Harriet Tubman going into the project?

CYNTHIA ERIVO: I knew as much as most people know—the broad strokes but not the details. MONARCH: How much did you know about William Still before this project?

LESLIE ODOM Jr: Coming from Philadelphia, where William did the majority of his most legendary work with UGRR, I knew the bold points of his life. I had never made the time to look deeper than that. Learning the history of his family was a real gift to me in the project. Feels somehow personal to me now. William’s mother and father, his siblings—their stories will be with me always. I will recount them to my children.

MONARCH: Stories such as Harriet’s possess so much pain, beauty, and strength within them. Was it hard to let go of your characters once the film was completed?

CYNTHIA ERIVO: Yes, and in fact, I went into production on another project right after and didn’t have the chance to properly decompress from the experience of playing Harriet. On the other hand, it was one of the greatest joys of my life and she will always be a part of me. LESLIE ODOM Jr: I don’t want to let William go. That’s the best part of doing these projects. You commune with history and historical figures in such an intimate way. You can choose to keep these people close as you journey on. You can gain the benefits of their wisdom and tap into their strength. Yeah. I don’t want to let him go.

MONARCH: In the movie, Tubman often communicates through spirituality. Was this something that both of you were aware of?

CYNTHIA ERIVO: I wasn’t aware of how much spirituality played a part in her journey until I started doing the research on her.

LESLIE ODOM Jr: Oh yeah. I was well aware that it’s been our North Star and our intuition in this land. MONARCH: Harriet Tubman was an agent of change, choosing to go back multiple times and rescue her family and community when she could have remained safe. How did this message resonate with you in your own life? And in today’s world, who do you consider to be someone that could be described as a Harriet-like character?

CYNTHIA ERIVO: Maxine Waters. I think she has been brave and outspoken in a place that could silence her and is unwilling to waver from her beliefs, which is amazing.

LESLIE ODOM Jr: We’re all trying to access the Harriet within us. We pray and hope to God that we’d have the same courage and perseverance. Her legacy belongs to all of us.

MONARCH: The two of you are friends. How did your camaraderie and preexisting connection show up in your roles?

CYNTHIA ERIVO: William and Harriet were friends as well, so it wasn’t hard to create a rapport. It only furthered the intimacy between these two people.

LESLIE ODOM Jr: I’m always looking for the ways in which I can protect and support our Cyn. She does the same for me. I certainly hope it can be seen and felt on the screen but more than that, I hope my sis feels it in life.

MONARCH: The film shows the bravery and fearlessness of Harriet, but also the collaboration between a strong man and woman for the greater good. What can be accomplished when that kind of union is made now? And do you think we’ve lost those solid connections in today’s society?

CYNTHIA ERIVO: When strong men and women come together, almost anything is possible because it’s necessary for us to achieve things with understanding and equality.

LESLIE ODOM Jr: It’s all around us. Our last president and his First Lady modeled it for us once more. When a black man and woman unite in shared purpose and mission, they’re unstoppable—whether in friendship or something more, that’s a powerful combo.

MONARCH: Why do you think it took so long for a film about Harriet to be made? LESLIE ODOM Jr: Silly ideas about the economic viability of black stories—especially black stories centered around a black woman in the lead—have plagued black people in the entertainment industry for a very long time. Some recent successes have finally put those ideas to bed. Black stories make money. Black stories matter to more than just black people. We have proof and data now. So our stories are being green-lit and given a chance. It’s an exciting time.

MONARCH: Harriet is a very powerful movie, and woman, this film seems to align perfectly with where we are in the United States. The current exodus of Latina community, the constant suppression of African American rights. With a number of women running for the presidency, maybe they need the spirit of Harriet to set us all free!

MONARCH: Cynthia, you are in amazing physical shape (putting most of us to shame-smile.) What was required to endure the physicality of the film? And what’s your regimen now? CYNTHIA ERIVO: Training was necessary—physical, mental, and spiritual. I was running a lot and did some horseback riding as well. I keep a jump rope with me everywhere. I keep trying to constantly move as I’m flying a lot, so I try to use every opportunity to move that I can. MONARCH: What would you like audiences to take away after watching Harriet?

CYNTHIA ERIVO: Even the smallest person can bring about incredible change.

LESLIE ODOM Jr: So much. But I hope people pick up or order a copy of The Underground Railroad by William Still. These tales of brilliance, and courage, and ingenuity are part of our inheritance in these United States.