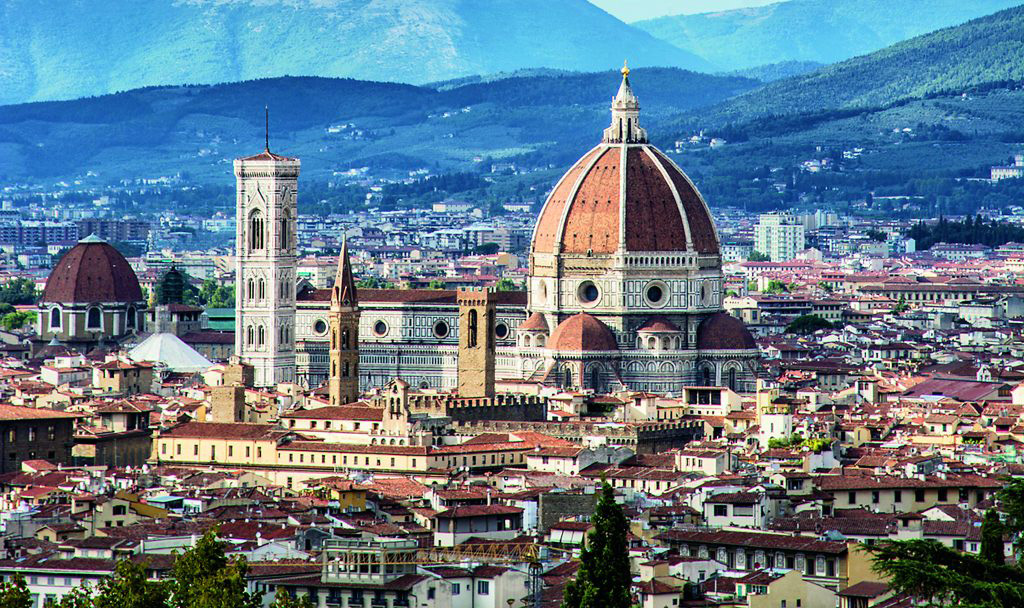 Past the tourist haunts of the Ponte Vecchio lies a completely different side of Florence, where local life flourishes. The Oltrarno area is not only a respite from travelers, but also a magnet for new artisanal stores, galleries, and eateries. Start on Via Maggio, which is best known for its antiques stores but is now home to contemporary art galleries—ZetaEffe, Tornabuoni Arte, and Eduardo Secci Contemporary—all of which recently arrived on the block.  Atelier Via Maggio is the recent retail collaboration of four Florentine craftswomen—Alessandra Giotti, Martina Capanni, Gianna Lampis, and Emanuela Rappi—each of whom contributes to their made-in-Italy brands.  The store offers a curated selection of hats, shoes, children’s accessories, bags, and upholstered furniture (much of which is produced in house).  Next door is the jewelry store Cristiano Pagnini  which opened in November 2014.  Pagnini, once a goldsmith to the Pope, uses his front desk as a worktable to design sculptural 18-karat-gold pieces (only around 50 each year). The men’s shoemaker Mario Bemer chose Via Maggio for its only store in Italy. The store also includes a workshop.  You can purchase  bespoke footwear or shoes from its  ready-to-wear line. Fortunately, the shoes which take about two months to produce, can be shipped to the United States.

Gesto, fai il tuo, whose second location in Italy is in Oltrarno, began serving tapas-size plates in May. Orders are placed on small chalkboards at the restaurant, which serves dishes such as anchovies with burrata and spinach. On Via Romana is Erboristeria Boboli, an apothecary that sells natural products and creams. It carries the Italian beauty line L’Erbolario, which locals say is a foolproof gift. In the San Frediano quarter is the modern seafood restaurant Cestello Ristoclub, where there is no English menu (one of the reasons it is popular with Florentines).  Customers can hand-select dinner at the seafood counter.  The S.Forno bakery is another San Frediano addition. While enjoying a slice of the focaccia pizza, watch the rhythms of the after-work rush, one of the many joys of visiting this authentic and increasingly vibrant neighborhood.