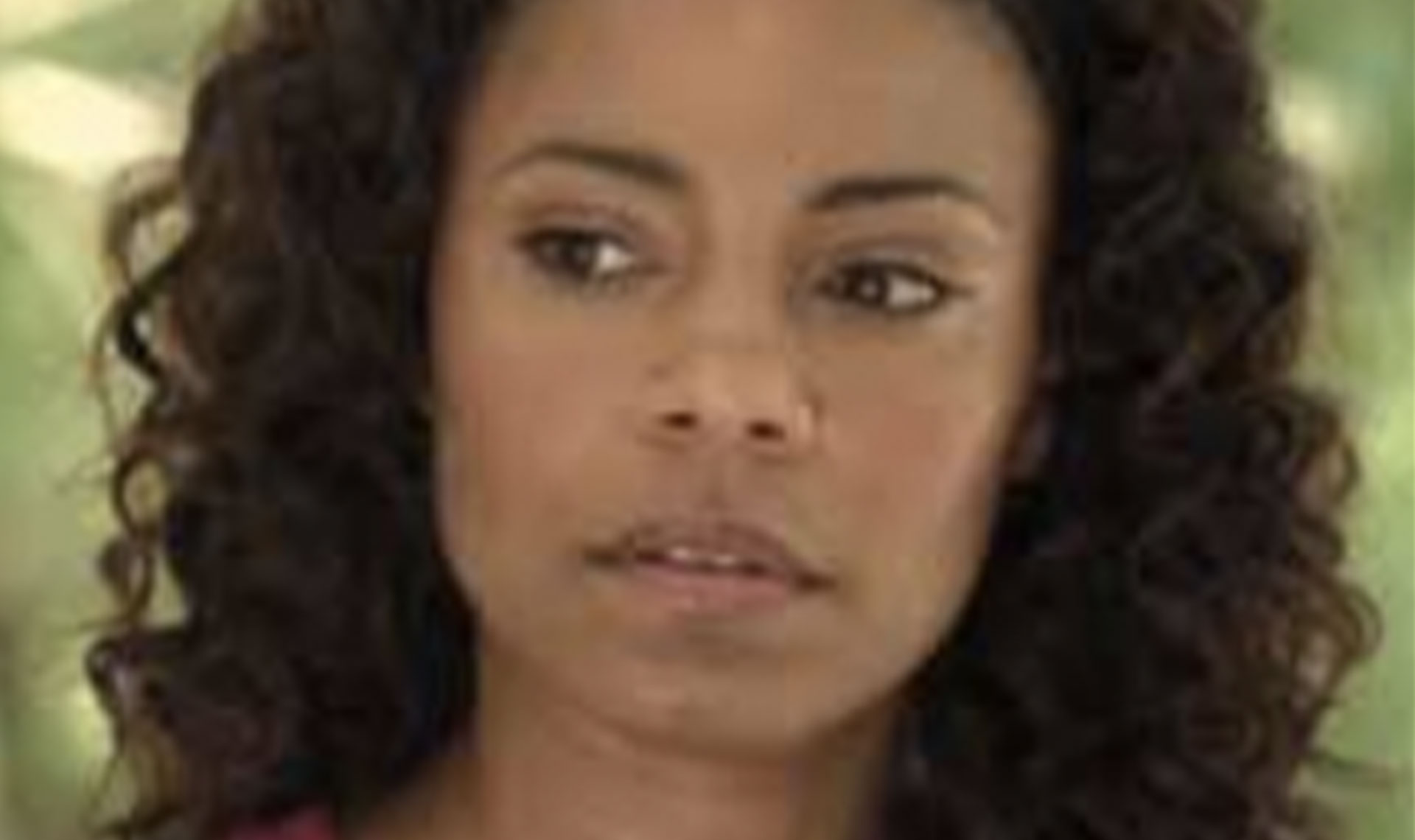 Playing In The Heat: Sanaa Lathan Simmers in New Thriller

It is the aftermath of the holiday season and Sanaa Lathan is in the middle of savoring the success of The Best Man Holiday. The captivating sequel to the 1999 hit, The Best Man, scored big during its opening weekend by landing in second place with box office sales grossing over $30 million. Just as fans were reacquainting themselves with Lathan as the charming Robyn – opposite Taye Digg’s character, Harper, from the film franchise, Lathan’s newest character will take fans on a dark and suspenseful journey in the flick, Repentance.

Opening February 28, the psychological thriller stars the phenomenal Forest Whitaker who plays Angel Sanchez; a New Orleans construction contractor that seems to be disturbed and obsessed by his mother’s death from years ago. Thomas Carter, played by Anthony Mackie, is a life coach and self-help author that is reluctant to help Angel when he seeks him for guidance. Maggie (Lathan) is Thomas’ wife who eventually finds herself caught up with her husband in Angel’s chilling mental descent; in which he forces the husband and wife to face some unresolved sit- uations. Written and directed by independent filmmaker Philippe Caland, Repentance also stars Mike Epps and Nicole Ari Parker, and delves deep into the concept of reaping what you sow.

Lathan takes a moment to share with Monarch some highlights of the film and even a slight chuckle of an interesting irony; she is not a big fan of horror or scary movies, but she is co-starring in one.

Monarch magazine: First, congratulations on The Best Man Holiday. Do you think it is better than the first and will there be a third installment?

Sanaa Lathan: Thank you! Do I think it’s better than the first? I like to leave that up to the audience to decide. I think both have their own special thing in what made them good. There will definitely be a third. It is already in the works.

Monarch magazine: Tell me a bit about Repentance.

Sanaa Lathan: Anthony Mackie plays my husband Thomas who is a writer. We’ve gone through some things in our marriage and without giving too much away something happens that sort of turns his life around a bit. Mike Epps, who plays my brother-in-law Ben, stops by and is in need of help. At the same time, Forest’s character, Angel, runs into Thomas at a book signing and is also in need of help. Once Thomas agrees to help Angel things get intense with all the characters.

Monarch magazine: Your character, Maggie, seems to be the supporting wife, but what else does she bring?

Sanaa Lathan: There is a slight twist. Maggie knew Ben before meeting her husband. There is that history that creates this bit of a triangle be- tween the three of them and it adds to the marital problems between Maggie and Thomas.

Monarch magazine: How is Philippe Caland able to vividly show the psychological effects or Karma that seemed to have a ripple effect for all the characters involved?

Sanaa Lathan: What I love about Philippe is his interest in playing around with scenes. He wasn’t devoted to a formula. From the way he works it’s like he comes from a school of experimental filmmaking.

Monarch magazine: The film was shot in New Orleans. How did the location add to the thriller factor?

Sanaa Lathan: We filmed over the summer. The heat was so stifling and the humidity was thick, but it added to the mystique of the film. There was definitely this sprawling kind of energy from the heat to the old architecture. You can really feel the history. The house we filmed in felt a bit spooky at times, because the energy of the scene was just that intense.

Monarch magazine: How deep into the roles were you all?

Sanaa Lathan: All I can say is that at times it was intense. A couple of times I found myself going “whoa” at the end of a scene.

Monarch magazine: The film was originally called “vipaka,” a Buddhist term or concept used for “Karma.” Being that the film is about that concept, why the name change? Is there an underlying message about Karma and repenting?

Sanaa Lathan: Well, the name was changed because it was hard to say vipaka. So, it was changed to something simpler. I don’t think there is any message. I think the audience will take from it what they will.

Monarch magazine: On another note, there was talk that you had started your own production company. Can you talk a bit about that? How do you seek and select material for a project and is there anything due for a release?

Sanaa Lathan: I don’t have my own company at the moment. I am looking into different projects and aiming to work behind the scenes a bit more.

Sanaa Lathan: I encourage folks to go see the movie. It’s really good and the funny thing is I’m not big on horror or scary movies, but this is really good.