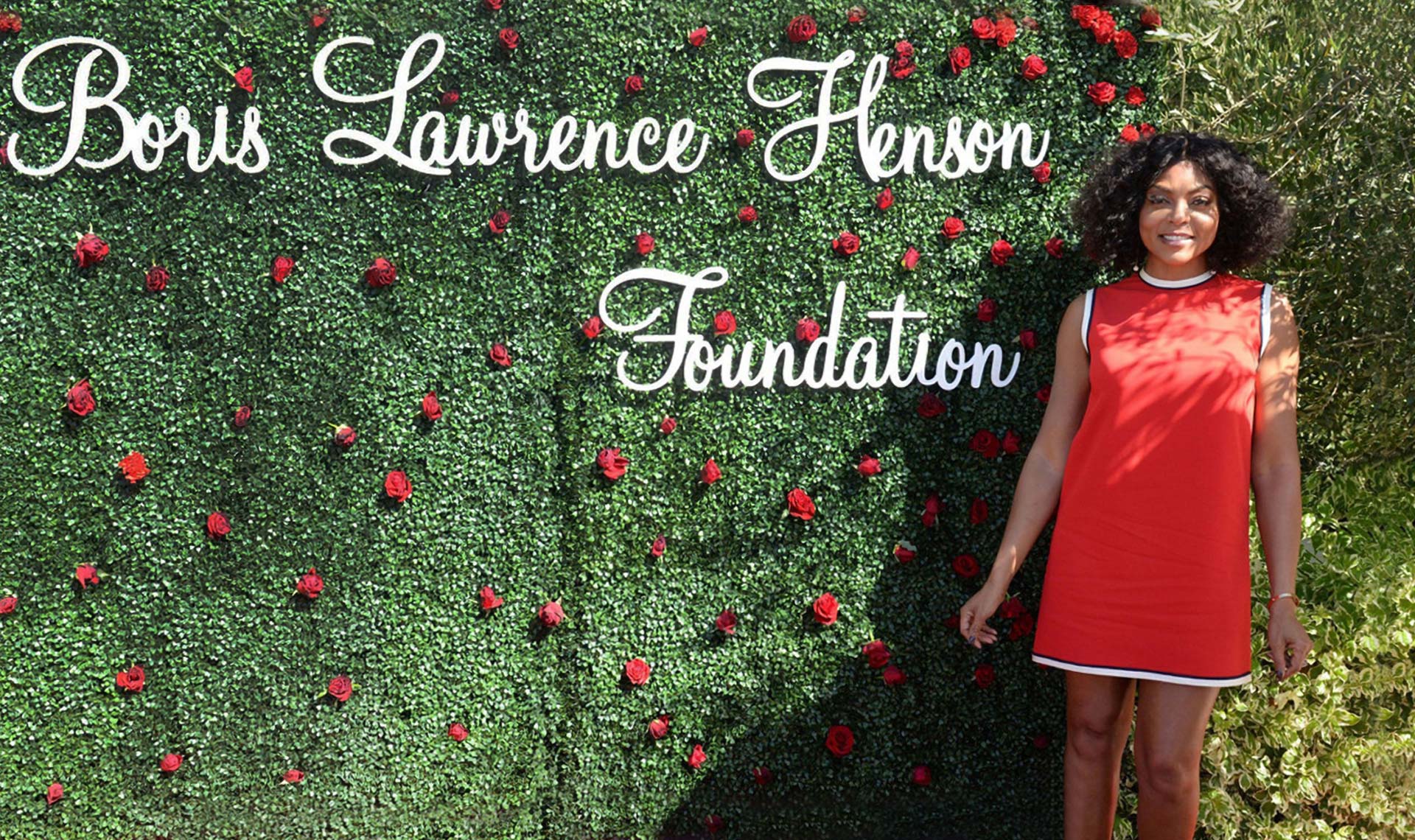 Taraji P. Henson’s Foundation Is Changing The Narrative On Mental Health
By Lauren A. Jones

Actor Taraji P. Henson created the Boris Lawrence Henson Foundation, a nonprofit organization focused on changing the stigma around mental illness in the African American community. The foundation was established in honor of Henson’s late father, who struggled with his mental health after serving in the Vietnam War.

“I named the organization after my father because of his complete and unconditional love for me; his unabashed, unashamed ability to tell the truth, even if it hurt; and his strength to push through his own battles with mental health issues. It means a lot to me,” Henson expressed.

Boris Lawrence Henson passed away from cancer on February 19, 2006. Though his long battle with mental illness came to a pinnacle during a suicide attempt when his daughter was only a toddler, he made it a point to always share his truth. “I remember when I did ‘Hustle and Flow’ and the Washington Post did this huge article about myself and my career and coming from D.C. and they interviewed my mom and my dad,” Henson said. “I remember . . . [when] they asked what makes Taraji so grounded, and he was like ‘You know I just always told her my truth.’”

Henson’s father’s openness motivated her to seek treatment for herself and her son after they experienced a series of traumatic events. Her son Marcel was nine years old when his father was murdered in 2003. This loss was followed a short time later by the passing of Henson’s father, Marcel’s grandfather.

After embarking on an exhaustive search for a mental health professional of color, Henson was left discouraged at the lack of representation in the field. When she launched BLHF in September 2018 with the Taraji’s Boutique of Hope event in Beverly Hills, California, she highlighted the foundation’s three core goals: increasing the number of African American therapists by providing scholarships to Black students pursuing careers in the mental health field, offering mental health services and programs to young people in urban schools, and combating recidivism within the prison system.

“BLHF is breaking the silence by speaking out and encouraging others to share their challenges with mental illness and get the help they need,” said Jenkins. “African-Americans have regarded such communication as a sign of weakness and our vision is to change that perception.”

“
I’ts okay to say I need help because I need help,” Henson emphasized. “The stigma thast surrounds it, we’ere considered weak or we’ere demonized if we speak out. I think it’s time to have an open dialogue y’all, ‘It’s okay.

“For me as an artist, as an actress, the work is very therapeutic,” Henson stated. “I have to dig in and look within and deal with my issues because I’m taking on a role of someone with their own other set of issues.” Henson shared that she has both a therapist and a life coach.

“I think it makes me a better person.”

There is an art component to the foundation, which takes a unique approach. Proceeds from Taraji’s Boutique of Hope go toward the BLHF’s first initiative, a program called “A Little Piece of Heaven.” In partnership with artist Cierra Lynn, the project brings art to the bathrooms of inner-city schools to help combat depression, bullying, and suicide.

Bathroom bullying has occurred throughout generations. In school restrooms, there is no adult supervision, and the facilities are often dirty and unkempt. If a child suffers from any form of abuse, depression, or anxiety, these restrooms can easily become areas of doom and gloom.

“A Little Piece of Heaven” aims to provide some rays of light through art and expression. Murals will display positive quotes and colorful images in the hopes of increasing positivity in these spaces.

BLHF will partner with other nonprofit organizations that offer programs that educate, celebrate, and make visible the positive impact of mental health wellness. Through these partnerships, and by spreading the message about the importance of self-care at a young age, the foundation will ensure cultural competency in caring for African Americans who struggle with mental illness.