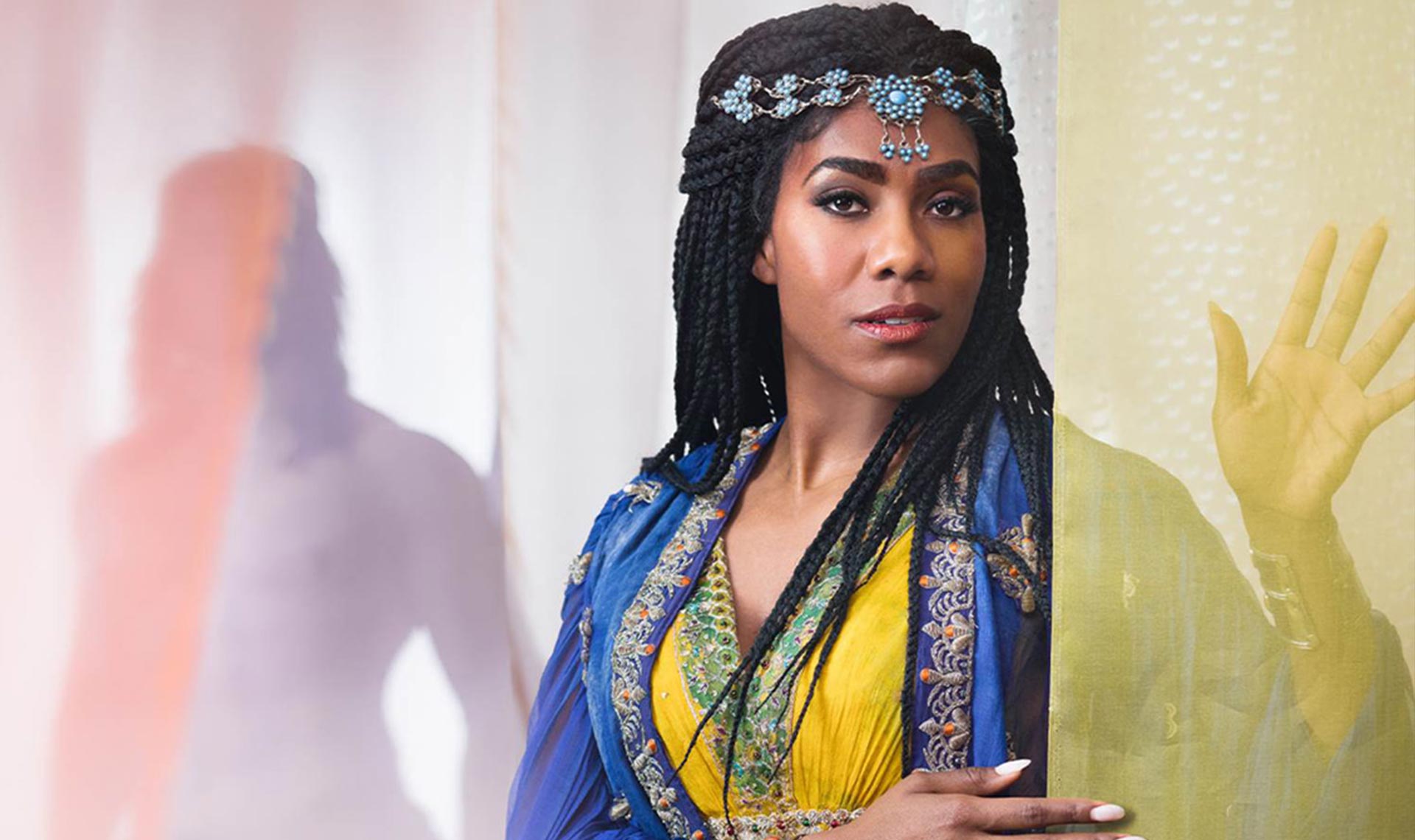 Her Passion, Her Voice, Her Performance

Gifted with a voice and soulfulness that resonates beyond her age, J’Nai Bridges shares her motivation, inspiration and preparation as she premiers in the role of Delilah in the upcoming Washington National Opera’s “Samson and Delilah”
A Night At The Opera. How did you get involved with portraying Delilah?
I was asked to portray the role of Delilah two years ago by Washington National Opera. It has been a dream role of mine my whole career, so when I was asked, I accepted the offer.

Your story is one that is not heard every day. How did you transition from basketball to opera?
My transition from basketball to opera was a bit traumatic but it was smoother than one might think. Long story short, I had a coach in high school discourage me from singing by sitting me on the bench during a very important game. He told me that I let my team down by attending a choir rehearsal, in which he gave me permission (to attend) over riding up on the bus with the team. That was the last day of my competitive basketball career. However, I still play for fun and am still competitive when I do.

Was this something you were always looking to do?
I know I always wanted music in my life, but I didn’t always know in which capacity. Having played classical piano and singing in the church choir, both of which started at age five, music was deeply rooted in me. It was not until my senior year in high school that my choir teacher suggested I start studying classical voice. From that moment a whole new world was opened up to me and I knew it was something that I had to give a chance. I like to say opera chose me. What skills were transferable from basketball to opera?
There are many parallels between basketball and opera. Practice, practice, practice! Just like you cannot improve your jump-shot, you cannot improve your high notes without consistent practice. Teamwork is another skill that directly transfers to opera. Basketball and opera are both team sports. You must know when to pass or catch the ball, and as an opera singer you must be able to collaborate and be open with your cast-mates, the orchestra, director and designers to tell a story. One thing I think has really helped me in my opera career is knowing how to lose. In basketball only one team wins a game. As hard as it might be in the moment, you must take that loss and grow from it. Learn what you can do better for the next game in hopes of a win. Opera is the same. You might not get the job from an audition, or a reviewer gives their opinion and it isn’t favorable. It’s all a chance to learn and improve for the next show.

Opera is not the simplest artform. How did you develop the confidence to get in front of an audience?
I used to have quite bad nerves in the beginning of my career. With lots of stage time, experience and personal confidence building, I feel like I can now get in front of an audience of any size. I have worked very hard and I know I have a gift and story worth telling with many hours behind me of building my craft. That is not to say that I don’t have many hours to go!

What makes this performance different from others?
Many factors make this performance different than others. I am the only female singer in this opera, so I am for once carrying a show in a very different capacity. I like it! Also, I have a ton of support in Washington D.C. because my mother is originally from Baltimore and I did both my underrate and graduate degrees in NYC and Philadelphia. So, knowing that I have people in the audience that have been with me since the beginning is very special.

What methods do you take to transform form one character to another?
With each character I undertake, I do the utmost research on the role. If it is a historical figure, I do a detailed research on who the person was, their relationships with others and the time period. This all informs how I portray the character. After I do my research, I ask myself, “How would J’Nai react” or “What would J’Nai do?” These questions inform the characters in a way that make it unique to my interpretation. I also might even go to a different country to study the language and the people of the character I am playing. This is ideal for me in learning a role to portray it in its most authentic form. The lack of diversity is one obvious issue. What are some of the challenges you face in your profession?
The lack of diversity is an obvious issue that I’m happy to say is getting better every day. In the very beginning of my career I faced a couple of issues of not being cast because my color didn’t fit the role. It was never said directly, but definitely in coded ways. I know there is still much work to be done in terms of inclusivity in the opera world. There are and have always been an abundance of black opera singers, but being consistently cast in lead roles is something that we have fought hard for and continue to so that we aren’t seen as a rarity. Also, having diversity in leadership positions is something that has posed a challenge. There is not one black general manager or artistic director of an opera company that I know of, and no black female conductors. It’s not that they are not out there, it is simply a matter of being given the opportunity.

What advice would you give to someone interested in pursuing a career as an operatic singer?
I always tell aspiring opera singers that this is something you must love to truly pursue. It’s a career that requires a lot of sacrifice and hard work, and if you don’t love it, you might end up being resentful. I would also say know your worth and that you as an artist have a story to tell. There is no need to copy or try to be like another artist. Be your authentic self and tell your story with your true voice.

Where do you want to take your career?
I want to take my career to the top. I want it to go wherever God has it intended to go, and I think that’s very far. I would like to collaborate with other genres of music, like Beyoncé and so many others. I am interested in acting on the big screen and of course singing in every major opera house worldwide. I’m open to all possibilities and outlets to share my gifts.