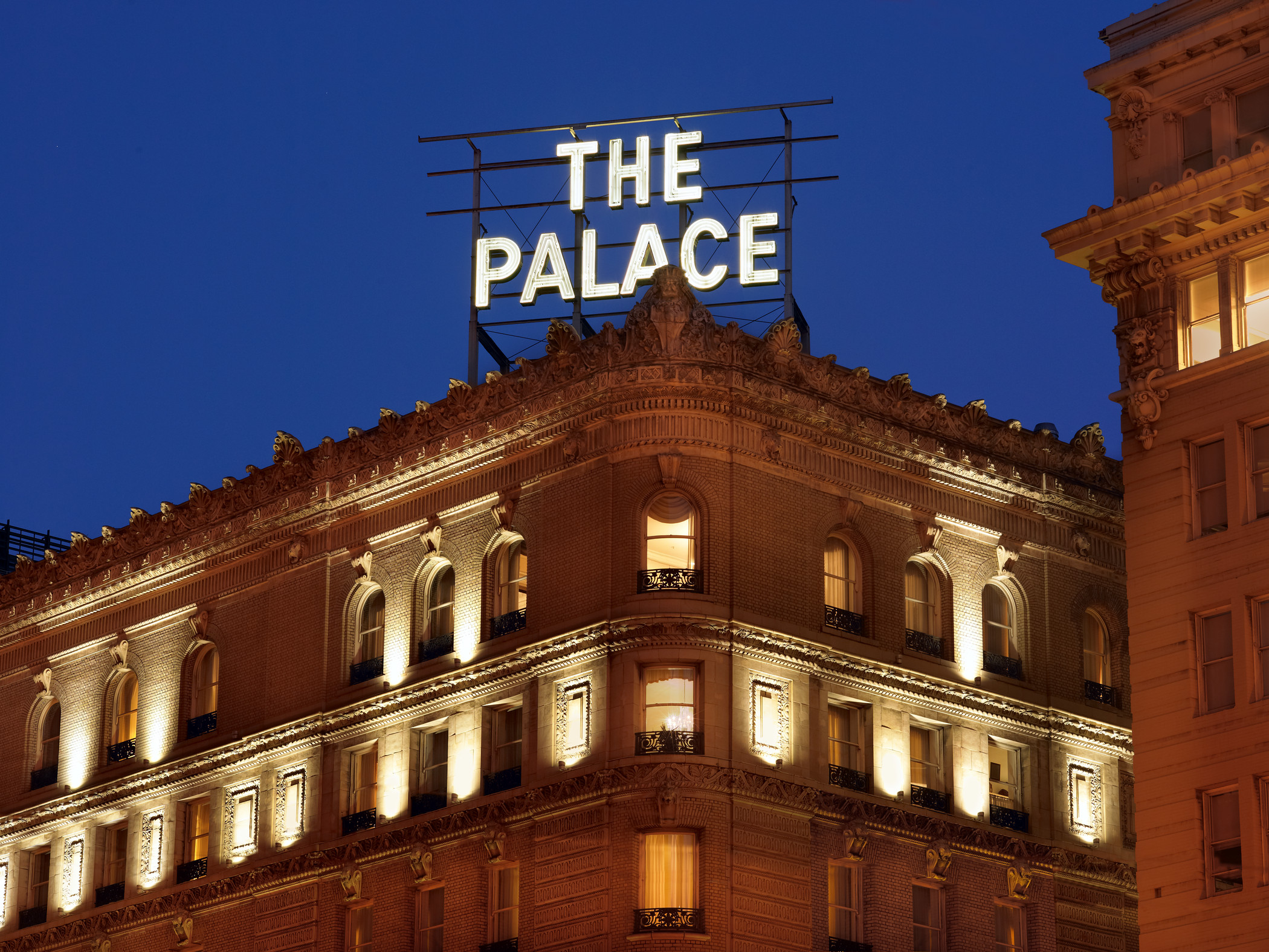 Create and experience the luxury of the Gilded Age.

Originally established in 1875, the Palace was San Francisco’s first premier luxury hotel and the largest in the world.

The Palace was born of the dreams of William Chapman Ralston and William Sharon. On October 2, 1875, the first Palace opened as the largest hotel in the world. A true innovator of its time, the Palace boasted 750 guest rooms, many with private baths. Modern technology was present with telegraph communication on each of the seven floors, in-room call buttons, and five rising rooms – or elevators as we know them today. The Palace promptly became the place to stay, with the hotel soon welcoming a parade of famous guests. The Palace remained a world-renowned hotel until it was destroyed by the fires of the 1906 earthquake. Like the phoenix rising from the ashes, plans began for a new Palace, destined for greatness once again. 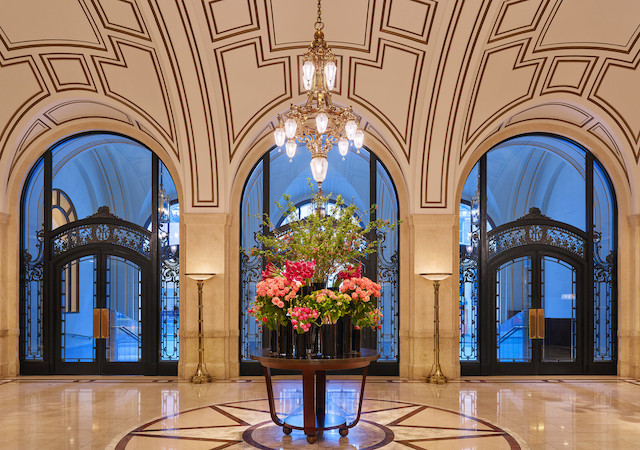 THE PALACE HOTEL TODAY
The four diamond Palace Hotel, owned by Kyoya Hotels & Resorts, is a member of Marriott International’s Luxury Collection – a glittering ensemble of more than 100 of the world’s finest hotels and resorts across 30 countries in bustling cities and spectacular destinations around the world. An icon in San Francisco, the Palace merges historic elegance with modern technology and innovation.

The Palace has always been the venue of choice. With three elaborate ballrooms, 45,000 square feet of meeting space, a self-contained conference area, and full-service business center, the Palace is home to ground-breaking events, product launches, elegant weddings, and sophisticated social soirées. 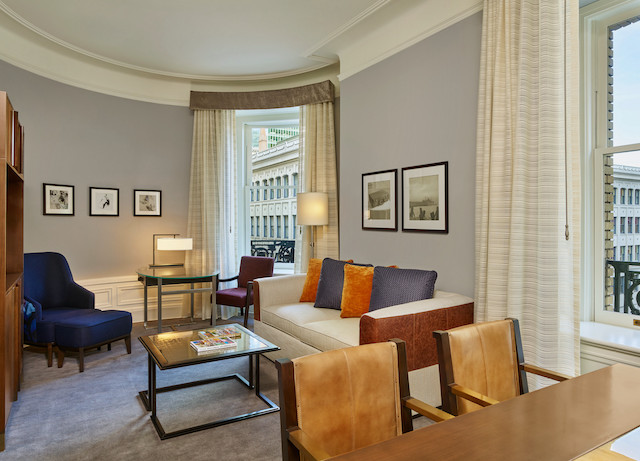 In 2018, upgrades to the meeting and event spaces concluded the final phase of renovations to the landmark hotel. The recent renovation reveals a new design that now carries the theme of the guest rooms, dining venues, and function space throughout this landmark property. 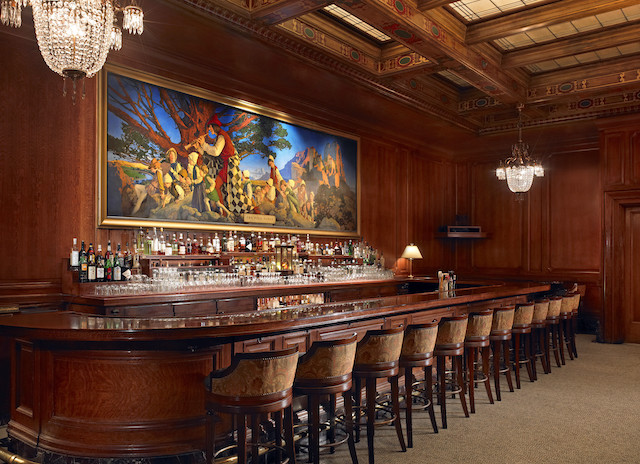 The legendary hotel showcases two famous restaurants, with distinctive settings for any occasion. Enjoy a leisurely dip in the heated, indoor pool, featuring a sky-lit ceiling. Step just outside the doors and explore downtown San Francisco, with Union Square, the city’s famous cable cars, and Chinatown, just blocks away. Let the staff regale you with five-star service, extraordinary accommodations, and deluxe amenities at the first luxury hotel in San Francisco – the Palace is as grand and trendsetting today as it was when its doors first opened.

The moment you arrive at the Palace Hotel, the magic begins. The streets are lined with trees, vintage lamp posts, and high-end retails shops. The impressive 1909 Beaux Arts building is accented by wrought iron filigree work, gold leaf embellishment, and angels that reside over every doorway. 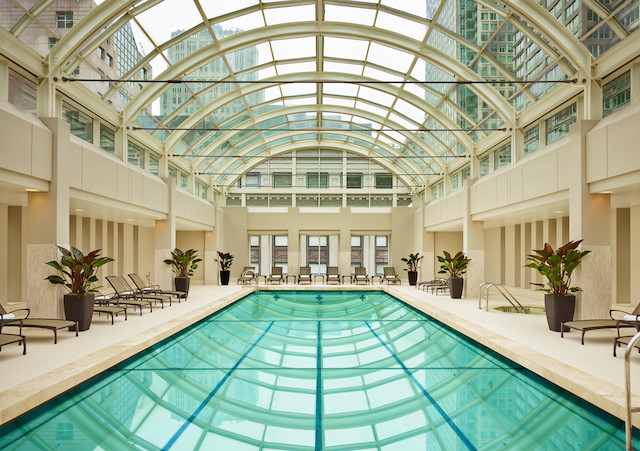 THE PALACE GOLD SERVICE
Created especially for the Palace re-opening in 1909, the Palace Gold Service remains one of the oldest and most complete china collections in the world. The beautiful gold rimmed china and stemware have been used at a banquet for General U.S. Grant, a State Dinner for President William McKinley, and an official dinner for Prince Philip, Duke of Edinburgh. Select pieces are on display in the lobby vitrines.