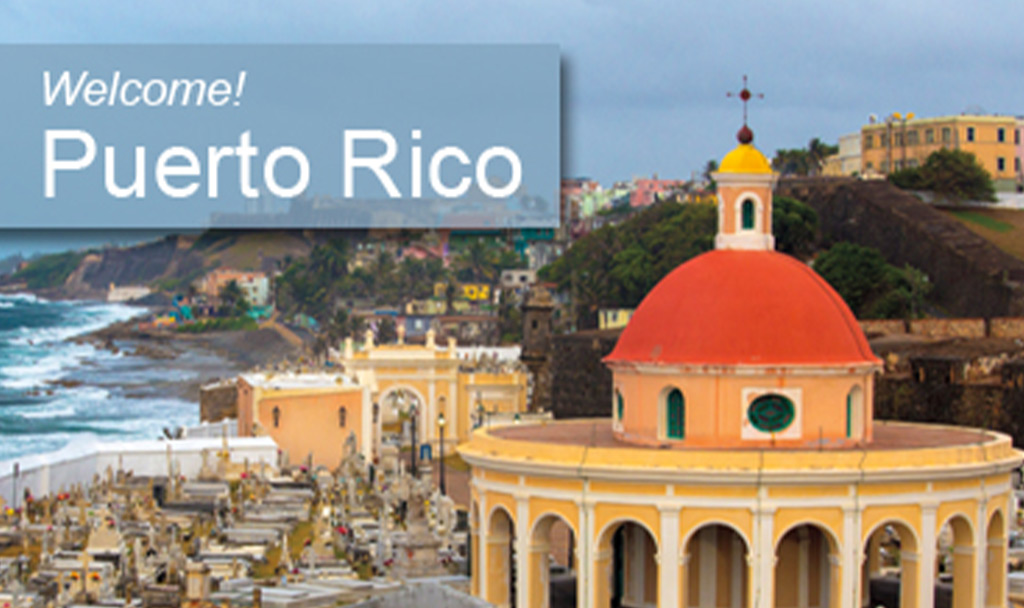 Trek through time. Retrace the steps of what Thompson writes about in The Rum Diary.

Hunter S. Thompson’s book The Rum Diary packed a punch with a tale about a tough-living journalist in 1950s Puerto Rico. Now as the film adaptation is released, it’s Tim Lott’s turn….

When the renegade “gonzo” American journalist Hunter S. Thompson wrote his first novel, The Rum Diary, set in Puerto Rico in the late 1950s, he recorded a powerful undertow of foreboding about what the island, then coming under the pressures of mass American tourist development, would later become. Thompson had worked as a reporter in San Juan, the capital, in 1960, and had been dismayed at the surge of property developers and moneymen on the island. The city was what his fictional alter ego in the novel, Paul Kemp, called “a place of sex and disease and whores and sailors and opportunists and hustlers.”

Kemp drifts around the bars and casinos of the fancy new hotels of San Juan complaining remorselessly and vituperatively. The Puerto Ricans themselves are “punks” who look like “sick Mexicans”; the society parties he attends are populated by “quacks and clowns and philistines with gimp mentalities.” He finds the island is unbearably hot and overrun with wild dogs, and the restaurants in San Juan, when you could find one, would give you “dysentery, crabs, gout [and] Hutchinson’s disease.” Recently watching the film with Johnny Depp inspired Monarch to explore and see if things have changed much since Thompson made his pilgrimage.

Old San Juan was founded in 1521 by the Spanish explorer Juan Ponce de Leon.  Thompson/Kemp’s view of the Old City when he first arrives is typically negative – “the sidewalks were so narrow that it was an effort to stay out of the gutter and fruit vendors blocked the streets with wooden cart…. I walked for 30 minutes peering into foul bars full of whores and sailors thinking I would collapse at any moment.”

Today the city is charming, clean and peaceful. Certainly there is more than an element of American-style commercialization – designer shops, boutique hotels, fancy restaurants, souvenir stalls – but there are no whores or, for that matter, sailors or fruit carts.

Instead, there are rangy men in cornstalk hats selling homemade coconut sorbet from battered carts, salsa dancing in the streets down by the Plaza de Colón on a Saturday night, elegant colonial architecture, dozens of pleasant museums and galleries, and a towering 16th-century cathedral that contains the interred body of Ponce de Leon himself.

There are fat, 5-inch caterpillars congregating on the ranks of frangipani trees waiting their turn to emerge as monarch butterflies and, underfoot, my all-time favorite flora, mimosa pudica, a type of fern that recoils like a startled sea anemone when you touch it.

Lunch at El Jibarito on Calle Sol, with its Formica tables and canteen feel, gulping down camarones al ajillo (shrimp with garlic), amarillos fritos (fried sweet plantain), and mashed casaba. Mofongo is mashed roots of one kind or another – in this case yucca; but whatever the type, it usually tastes rather uncomfortably similar to savory, unset cement.

Afterwards, visit the oldest coffee shop in the city, La Bombonera, where all the (male) serving staff look like raddled gangsters, and the bar is dominated by a giant Heath Robinson coffee machine, which resembles a prop from Willy Wonka & the Chocolate Factory.  The local coffee – Puerto Rico grows its own – is strong and pungent, and the casita (pastry) is sticky, crumbly, and sweet.

If possible hang out at the Plaza del Quinto Centenario and catch an impromptu show where a tiny man, less than five feet tall, his face painted white mime-style and wearing braces, false eyelashes and pegged pants, is reciting tourist timetables from the stage, as well as the occasional poem, in a barely-comprehensible Spanish dialect. Saturday night, head to the stand-up comedy night held at Calle de la Tanca just a few hundred yards from the main square, where old women with the faces of seasoned wrestlers play mahjongg and shriek with laughter while salsa music issues from an adjacent open-fronted bar.

The women chew on massive skewers of meat from a street barbeque from which emerge pungent aromas, while a solitary man in Army fatigues drinks a beer at the bar.  It is a scene that might not have changed in the last 50 years – the “real” Puerto Rico is still extant.

Don’t forget to head to the rainforest at El Yunque, a spectacular feast of concentrated shades of green and brown.  Take a 45-minute hike through lush trees, their bark hung with giant snails like pendulous ornaments. Swim at La Mina Falls, a pool at the bottom of a curtain of cascading waterfall, dodging the heavy water like falling scaffolding.

But of all the places Thompson writes about in The Rum Diary, his favorite is Vieques Island, a 20-minute plane journey from San Juan. Kemp is sent there by a hotel developer to scope out the area and write a piece that will help sell hotel lots. He is struck by guilt – “I was being paid $25 a day to ruin the only place I’d ever felt a sense of peace.” But visiting, the island seems resolutely un-ruined. I head back to the hotel, and the next day take a car down to Ponce, stopping at a lechonera or pork restaurant, in Cayey, where you can feast on morcilla (blood sausage), rice and beans, and of course roast pork.  Arriving in Ponce I stay in the entirely-unspoiled, gaudily-faded luxury of the hotel Gran Meliá.  My balcony overlooks the Plaza Las Delicias with its ficus trees, fountains and the red-and-black edifice of the Parque de Bombas, a striking wooden 19th-century fire station that is now a museum.

I visit the elegant Ponce Art Museum, which happens to have an unexpectedly-comprehensive collection of English pre-Raphaelite art, and finish my visit on two high points – a  guanabana “sour juice” ice cream from King’s Cream on the Plaza Las Delicias, which is startlingly good, both fresh and creamy at the same time; and a taste of the local hooch, which a guide finds for me (it’s not for sale in the shops) – home-brewed coconut rum.

On my final night in San Juan, I check into the Caribe Hilton.  This is where the tourist trade was practically invented in the 50s – as Thompson writes, “before Hilton there was nothing. Now the sky was the limit.” I drink a piña colada, which was invented in this very hotel, then take a stroll down to La Concha Resort casino which, according to Thompson, was “a sort of dull frenzy, like taking a pep pill when all you really want to do is sleep.” I follow the sound of music to the back of the hotel, where there appears to be a party going on.

At this moment, I have the sort of life-affirming stroke of luck that Thompson/Kemp never seemed to stumble on.  The part is being held by a Puerto Rico magazine for the “25 Most Beautiful Bodies in Puerto Rico.” Improbably-glamorous women, all of them dressed in either bikinis or skintight dresses and 6-inch heels, comprise the majority of invitees.

Taking another sip of my piña colada, eyes popping like a frog, I find it distinctly hard to sign up to Thompson’s pessimism.  The new Puerto Rico to me seems just like the old Puerto Rico only without the whores, stray dogs, lousy restaurants, gimps and hustlers.

If you want to know about the place today, The Rum Diary is a bad place to start.  Take a plane instead, and perhaps start your own diary. The Piña Colada Diary, you might call it – no dull depressant, but a bright, sweet, colorful confection that intoxicates and delights and tells of parties and passion rather than pessimism and despair.