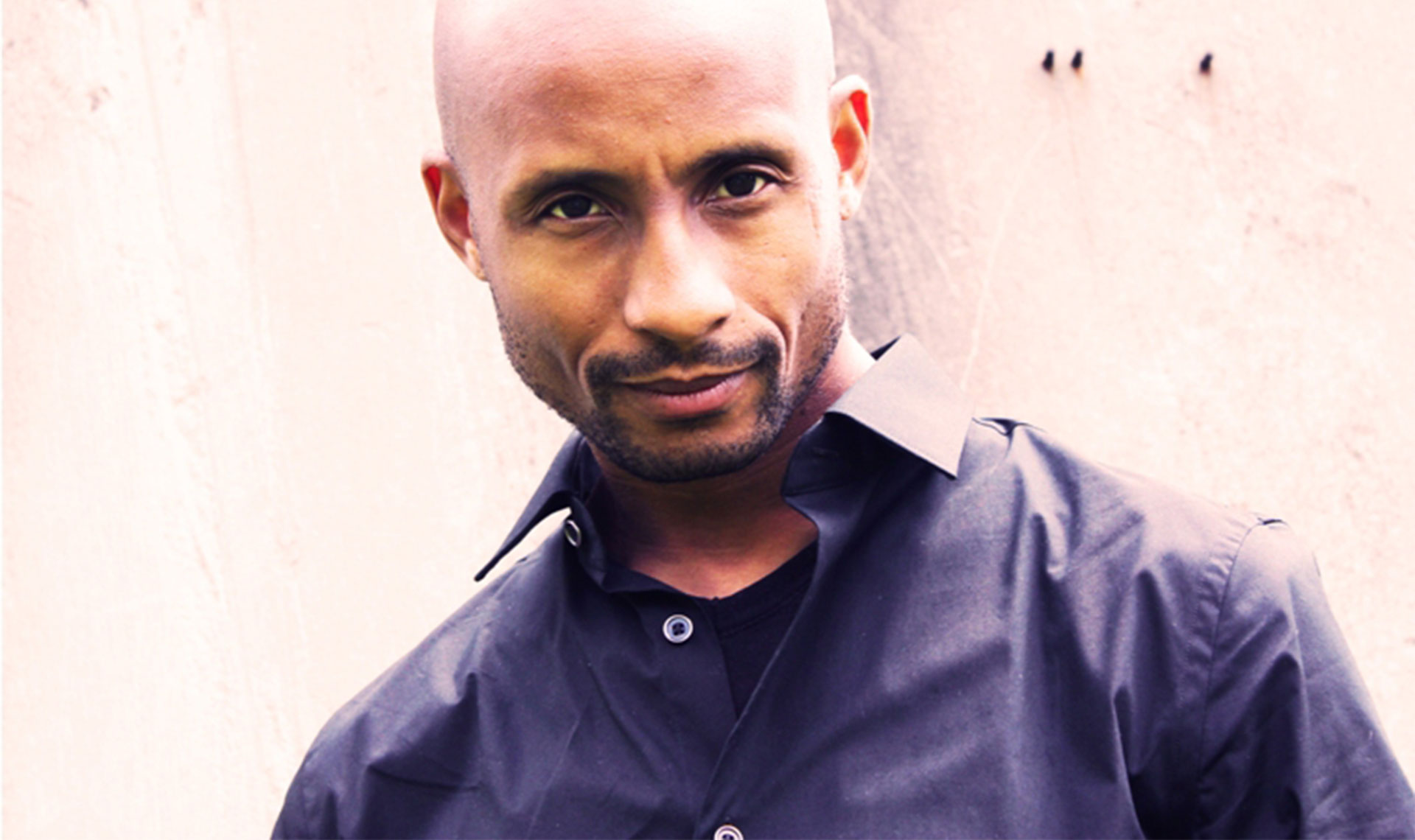 Creative and Innovation are just two words that describe the chairman and Chief Exectuive Officer of Kind Intelligence, Vincent Hunt. Hunt is proving himself to be a driving force in the Tech Revolution. Fusing technology with the hospitality industry, his firm is erasing boundaries and exposing the world to the ways that innovation and technology are enhancing the way companies interact with their patrons.

Monarch speaks with the man behind the ideas and he shares the infinite possibilities the future holds! Courtney Penn Blevins: Could you explain to our readers exactly what it is you do? It’s very interesting… at least I think it would be if I could understand more of the words.

Vincent Hunt: [Laughing] At the core, I’m a designer who’s grown into a strategic role. I do a lot of consulting.

Courtney Penn Blevins: Ah…I see. Now that’s something a philosophy major can understand! And these two new terms you’ve coined: Possibility Thinking and Competition Thinking: what are those?

Vincent Hunt: Possibility Thinking is something I coined a little over three years ago. When I would work with clients, I realized they were constantly in Competition Thinking mode; they were always wondering what they could do to get ahead of the competition. That thinking doesn’t really work any longer because there has been a shift from the industrial age to the post-industrial age, and that shift brings with it a move towards the more creative. This shift has also brought about greater capabilities, emerging technologies and disruption thinking. For these reasons, I encourage companies to get out of Competition Thinking (how can I beat my competition) and move into Possibility Thinking (what might happen if we). Apple is the best example of this because they started out with an idea to just create a phone, but now, because of the iPhone, they’ve changed the way everyone even thinks of phones.

Courtney Penn Blevins: Indeed: but you make it sound so easy. We’ll get back to that in a minute, though. Disruptive Thinking?

Vincent Hunt: People need to get out of thinking just, “How can I be a little better than my competition?” and broaden their thinking: greatly broaden: and ultimately disrupt their business. It’s this disruption that is the key. If you only think about your competition and how to beat them, you will only get a little further along. You must think about what is even farther ahead.

Courtney Penn Blevins: Well, the word is clearly descriptive and strong. I like it. But, just like Possibility Thinking, all of these concepts are very easy to tell someone to do, but how can a person or company implement this train of thought into their day to day lives?

Vincent Hunt: I have formed the MASSIVE Corporation (MC), which is based around helping companies create bigger, better ideas. We have client meetings with companies’ shareholders and CEOs to discuss the options. MC helps the larger corporations understand this shift of paradigm to give them tools and resources to benefit bigger better ideas.

Courtney Penn Blevins: A lot of your current work is focused on the hospitality industry. How does this paradigm shift translate to that?

Vincent Hunt: At Kind Intelligence, we help the hospitality industry understand what the technology is and how to use it to their benefit. For instance, the process of rating has completely changed. It’s completely different than it was previously. Originally, you’d have a food critic: Mr. Smith: come into your restaurant. You’d know when he was coming, he would write a review, and he would publish it. Now the reviews are written in the millions by people in your restaurant at any given moment.

Courtney Penn Blevins: OK. So, how can the hospitality industry use this new information?

Vincent Hunt: Well, we conceptualize and develop frameworks. Our Menulus program takes menus from paper to technology, real time all the time. See, the menu is the main marketing piece of a restaurant, but the problem is it stays locked in the restaurant. Even if the menu happens to be online, it’s in PDF form which is like black writing on black paper. Once we change the restaurateur’s thinking, all those individual menu items are always in the cloud and, therefore, available all the time. Now it becomes a searchable result that will drive traffic to Annie’s Café whose special is peach cobbler.

Courtney Penn Blevins: Wait, what? How does this work? How will Menulus increase performance for restaurateurs?

Vincent Hunt: Let’s exercise Possibility Thinking. When we first started thinking about Menulus, I called Google and found the biggest data set on the Web is menus. And so I thought, what if we could actually take these food items, lace them to the Web backbone and allow customers to take search options to a whole new level. For instance, think back to Annie’s Café and their peach cobbler. Black writing on black paper, remember? You can’t see it from the Web. In fact, if you searched, “peach cobbler”, you’d get recipes. But with SEO (Search Engine Optimization), you take your content and write it in a way that makes it friendly for search engines. So now when you search “peach cobbler”, in addition to recipes, you will get directions to Annie’s Café.

Courtney Penn Blevins: Wow. That’s amazing! When will this start?

Vincent Hunt: We will start seeing this roll out in the next 30 days. This is a free tool for restaurateurs and while we have CMC (Certified Menulus Composer), the restaurateurs can do it themselves. Once your menu is published, it is available on every device to everyone.

Vincent Hunt: Yes. Free. All they’d have to do is go to Menulus.com and start an account for free. Since this doesn’t exist on the Internet yet, we are doing Possibility Thinking: we are getting this data for free, it will be a clean data source and Google (or someone) will want to buy it; a much larger win, wouldn’t you say?

Courtney Penn Blevins: Incredible. I wish I could think like that. I never think that way! How did you start thinking that way? How’d you get this way?

Vincent Hunt: Well, that’s funny: how’d I get this way…

Courtney Penn Blevins: I don’t mean to be rude, but I just don’t understand where you got this thinking from!

Vincent Hunt: No, I get it. Well, while I was in college I realized I would be able to learn what I needed to get outside of that venue. I got into business very quickly. Studio Verso was one of the very first Web design companies in Indianapolis, Indiana and that’s where I got my start. I was able to become what I was designed to be.

Courtney Penn Blevins: “Designed” to be? That has a bit of a religious bent to it…

Vincent Hunt: Well, maybe not so much religious as spiritual. See, my Bible tells me that all things: not some things or a few things: are possible. My experience with Him is on a much more aggressive plane than most. I know what I’m designed to do and I execute in real time with God; I just believe Him. When we start to create these structures [of religion] around Him, we start limiting His power. He really just wants to walk and talk with you. Now, He’s given us a comforter, in the form of the Holy Ghost, so, truly, all we need to do is trust Him.

Courtney Penn Blevins: I love how you brought spirituality into this! It just makes so much more sense to me if it’s seen from that perspective. I can’t help but wonder, though, and I feel confident that you’re going to have a theory about this next question: why don’t we see more African Americans in the field of technology?

Vincent Hunt: I think it’s a combination: lack of awareness, fear and exposure. So, to deal with the awareness piece requires us to make sure our children are aware these opportunities exist, which will be an amazing evolutionary process. I mean, it could take twenty years: which is a long time: but it takes a long time to do most amazing things. Quite frankly it’s our responsibility to the up and coming creators and innovators because they will take us to the next level. Now, in dealing with the fear issue, it’s basically, somebody’s gonna get my information if I do that, or I don’t know what will really happen if I do that, and these thoughts do not lend themselves to exploration. There’s a rooted fear which can only be combated with exposure. And the exposure has to start at a young age. When I was ten, my friend’s step-brother had an Apple computer. I was at a slumber party at his house and I stayed up all night playing with that computer. That exposure is what allowed me to see my journey: I realized right then and there I was going to be a designer.

Courtney Penn Blevins: Wow. It sounds like we have a lot to do. But, taking this discussion to the next step: how do you look at or think up your next big idea and stay in balance? Meaning, how is it something that’s not too out there for people to grasp, but at the same time not boring or conventional in this time of “everything was old yesterday”?

Vincent Hunt: There is no balance. Whenever you’re an innovator or creator, you just go for it and hopefully people will follow. For example, two years ago, the idea of Menulus was absolutely crazy and insane, but next month it’s going to be a reality. I believe it was Steve Jobs who basically said people don’t know what they want. You have to design it and give it to them; then they will realize they needed it. Remember our discussion about Disruptive Thinking? Well, there is no balance in disruption. Menulus was crazy two years ago, but now it’s a reality; A reality that has completely disrupted this component of the hospitality industry.

Courtney Penn Blevins: OK. So, what’s next for Menulus?

Vincent Hunt: Everything is data. Menulus will come to the realization that data needs to be let free. It will become a symbol or another disruptive agent to help us think of how to move and access our data. A lot of stuff will change, but it takes time; things don’t pop up and happen overnight.