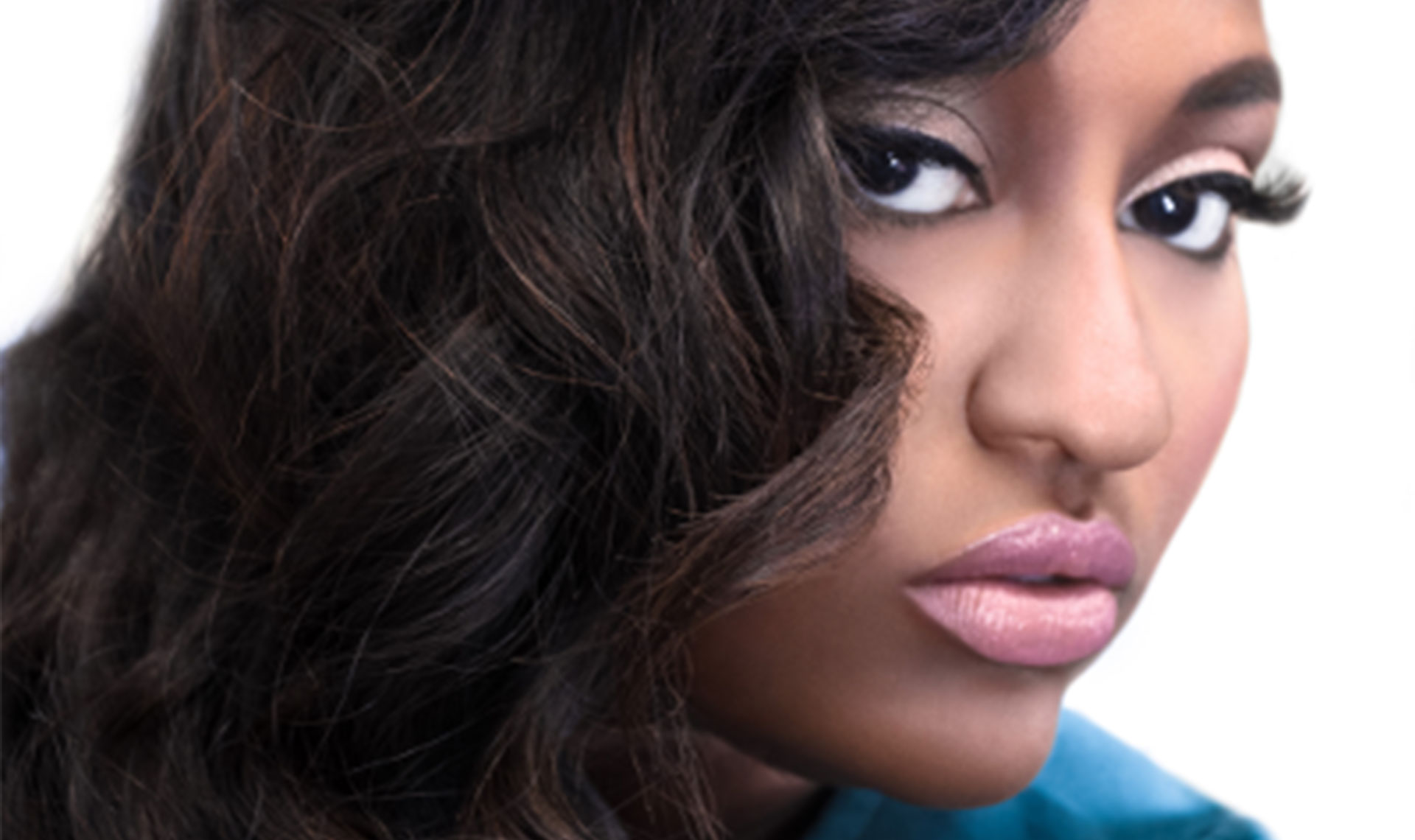 It’s the beginning of the summer season and Jazmine Sullivan is riding on a tour bus driving through San Antonio, Texas, on the 2nd month of her national tour. “Originally, the tour was suppose to be a month,” replies Jazmine, “but they extended one month then another month and now I’m going back because the fans are selling out every date.” Her fans have had to wait four years for a follow-up album to Sullivan’s bone-crushingly-honest debut where she sang of “busting windows out your car,” and “Need U Bad” in love and in pain, Sullivan let the world know that she was hurting as a result of a relationship gone badly. “I’ve been doing this now a long time and it’s just something in me that my fans and my label accepts,” explains Sullivan. “I love my label and my fans because they accept me for me and they accept my feelings.” Listening to her belt about loving the wrong man is reminiscent of Etta James or Aretha Franklin, both soul songstresses with choir-singing roots. Jazmine Sullivan hit the U.S. airwaves with a bang. It was just five short years ago when her début single “Need U Bad”– produced by Missy Elliott, and featured additional vocals by Missy Elliott and Sandy “Pepa” Denton of Salt-n-Pepa fame – reached the number one slot on Billboard’s R&B/Hip-Hop chart. When her second single “Bust Your Windows” – produced by Salaam Remi – peaked at number four, Sullivan was a bona fide music star.

Although Sullivan was signed to Jive Records at the tender age of 15, her star power never really flourished until after Jive had dropped her and she stayed connected to Missy Elliott. While still unsigned, Sullivan took songwriting into her own hands, co-writing her entire debut and later re-teamed with Elliott for her first two studio albums after being signed to J Records in 2007. “My songwriting process is different with each song. Sometimes I think about the vocal performance and whether I’m going to sound great by the time I get to the bridge or do something special vocally,” explains Sullivan. ”But it’s always more about serving the story.”

Sullivan’s first vocal recording appearance happened on another Philadelphia group bona fide Kindred the Family Soul’s song “I Am”; and she did background vocals on the song “Party’s Over” on their 2003 debut Surrender to Love. Sullivan also penned songs for Jennifer Hudson, Tamia, Monica and Fantasia Barrino. But it’s her voice that resonates with her audience, the old school sound that includes thundering vocals and smooth runs. Her tenor-like metallic ring still remains head-dominated but with a warm tone. She describes her writing style as “flashbacks,” in reference to her songs representing failed relationships that were both abusive and physical.

Sullivan began working on her second album, Love Me Back, in 2009 with producers Missy Elliott, Ne-Yo, Ryan Leslie, and Salaam Remi. It was completed in June of 2010 and released that November. The album’s lead single, “Holding You Down (Goin’ In Circles),” reached number 3 on the Billboard Hot R&B/Hip-Hop Songs chart; and the second single, “10 Seconds,” peaked at 31. In December, Billboard honored Sullivan as the “Rising Star.”

By the beginning of 2011, Sullivan announced via Twitter that she was leaving the music industry saying, “I promised myself when it wasn’t fun anymore I wouldn’t do it. And, here I am. I’m not saying I won’t ever sing again in my life because I don’t believe that. But in this moment … right now … [I] got some things to figure out.”

So it came as a wonderful surprise when in 2014 she announced in a Billboard interview her new album, Reality Show, released in America in January of 2015 by RCA Records. In a review for The New York Times, Jon Pareles said Reality Show shrewdly mixes older elements of soul music with modern drum programming, while the themes of romantic dysfunction intensify and inspire Sullivan’s singing: “Playing a woman too often scorned, she comes out victoriously soulful.”

During the recording of the album Reality Show, Sullivan spent so much time revising and re-recording, that the producers had to force her to release the album to prevent a delayed release. “On Reality Show, the way I come in on the first track and end with the last, no one is expecting me to sound like that. And the stories are ones that I haven’t told before and I thought I could do all a little bit of justice,” reveals Sullivan. “When I first heard the opening track ‘Brand New,’ I didn’t know I was going to write about [‘the baby mamas and the down-ass chicks’ who get dumped by their just-signed rapper boyfriends]. I got the track; I’m thinking this shit sounds hot! The lines just come out.”

Recording her third studio album entirely inside a Philadelphia recording studio, mostly alone, and mostly in the confines of four walls, Jazmine Sullivan still has a lot to say about her lack of love. “I’m on the journey just like you guys are when you’re listening to it. To be honest, I did a lot of the stuff (producing and arranging) by myself. I was just in the studio in Philly by myself. I slaved over these songs.”