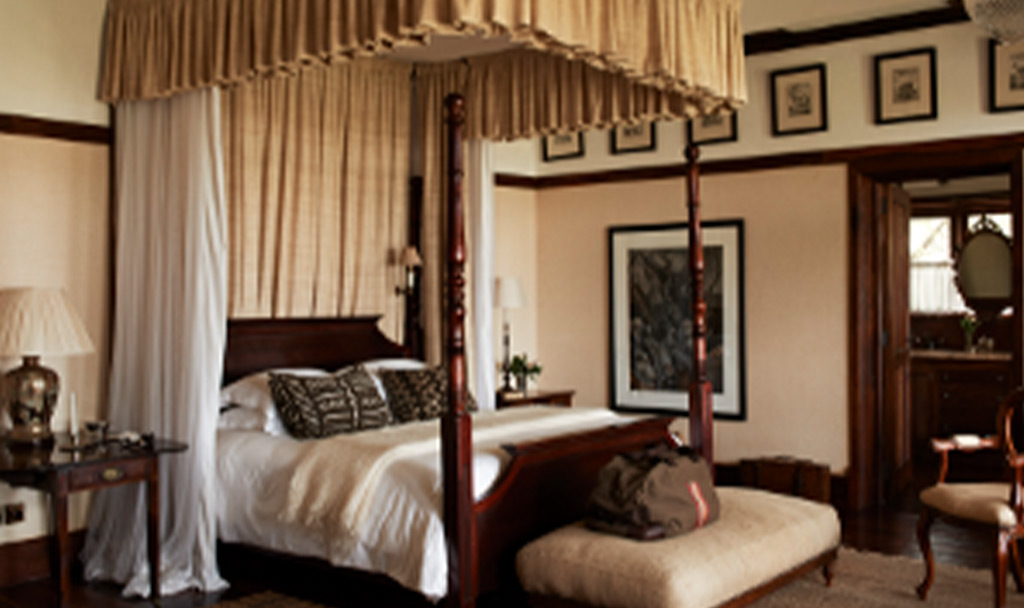 Embrace the Ambience of South Africa Whether you’re planning a romantic destination wedding, an adventurous honeymoon, or seeking an unforgettable escape for two, prepare to be seduced by South Africa. Spend a few nights in an opulent lodge on the Sabi Sands Game Reserve. Slowly traverse the savanna aboard the luxurious Blue Train or Rovos Rail. Sip signature wines while overlooking the lush Western Cape vineyards. And, of course, visit the Kimberley Diamond Museum and witness where it all began.

Sabi Sands Game Lodges
Spot leopards and rhinos by day and then retreat back to your decadent luxury lodge for an intimate couple’s massage and a candlelit five-star meal. No matter which experience you prefer – colonial romance, classic bush, or sophisticated chic – the Sabi Sands Game Reserve in Mpumalanga is riddled with gorgeously-architected, impeccably-appointed lodges that will elevate your safari to an epic love story.

Stellenbosch Winelands
A stone’s throw from Cape Town, Stellenbosch is an elegant, historical town with stately buildings and oak-lined streets – and it’s also the heart of South Africa’s wine country. Set off on a leisurely tasting tour of the region’s countless vineyards and discover exquisite varieties of Shiraz, Chardonnay, Semillion, and Pinotage, a dark-red grape exclusive to the area. With the trees swaying in the breeze and mountains all around, this is a wine lover’s paradise.

Namaqualand Wildflower Route
You don’t have to be a romantic to be swept away by the sea of flowers that blooms each spring along the arid plains of the Northern Cape. Thousands of species announce themselves in vibrant purples, piercing yellows, brilliant reds – the endless kaleidoscopic colors are breathtaking. The most vivid displays usually begin a few hours north of Cape Town, so pack a picnic lunch and go for the drive of a lifetime.

The Blue Train and Rovos Rail
The steam train is the ultimate icon of romantic travel, and South Africa’s Blue Train and Rovos Rail are keeping the spirit of the vanished relic alive. Hop aboard from Pretoria To Cape Town for a journey that combines the allure of bygone days with modern suites, superior amenities, and world-class cuisine. Venture through the Great Karoo desert and over grasslands teeming with wildlife. Gaze out the window … and at each other.

Kimberley Diamond Museum
It all began when the first South African diamond was discovered in 1866 – a 21.25-carat stone, fittingly called the Eureka. This sole discovery quickly ignited the modern diamond industry, and the founding of DeBeers. Take a trip back in time at the fascinating Kimberley Museum and ogle the magnificent display of jewelry and uncut diamonds. Get engaged, if you’re not already.