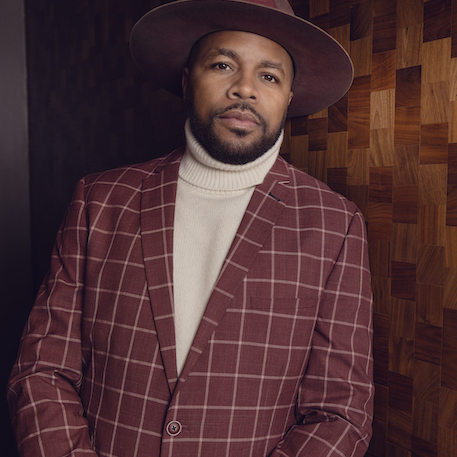 Derrick Jones better known as D-Nice is a modern day renaissance man with A dedication to the 1’s and 2’s and A love for photography. Derrick began showcasing his sharp eye via his blog D-Nice.com, accompanying pictures with deliciously personal stories that starred Hip-Hop royalty. He would include his blog posts in email invitations sent to promote his early DJ gigs. Under the influence of disc jockey greats Mark Ronson and Hip-hop legend Q-Tip, it would be in famed former NYC staples like Table 50 where D-Nice would unearth his own identity behind the wheels of steel.

To indulge in a D-Nice set is to be consumed by rhythm and the highest education of music history. His signature brew––‘80’s treasure, Top 40 must-haves and golden era Hip-Hop––has spelled dance floors from Times Square to Paris to Singapore. He’s been spotted in Harlem (his birthplace), at the Apollo Theater’s annual Spring Gala, sharing a set with Stevie Wonder; seen spinning above Miami’s Ultra Music Fest attached to an airborne helicopter. A tireless work ethic and guarantee of excellence has culminated into a minimum four-gig week, including a residency at Atlantic City’s Borgata Hotel Casino.